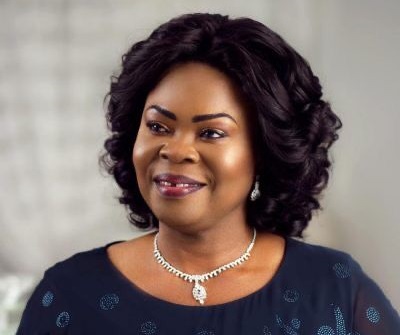 It has become a worrying trend for many Ghanaians as challenges and hardships faced in Ghana can not be fathomed as to why such negative impacts of the negligence of others will continue to negatively affect their wellbeing.

It is evident to all of us in Ghana that the country is heading in the wrong direction because of the ripple effects of economic mismanagement being seen in the leadership of this very government and its political appointees.

The special prosecutor, Kisi Agyabeng, has revealed that a company belonging to a certain woman who is a council of state member in Ghana, had ripped off over one million Ghana cedis from the state through fraudulent means without showing any compunction or feeling pity for the country and the citizens as a whole.

Though the company is yet to be disclosed its identity, the face of the woman who owns the company had been completely doled out to the general public as evidence of what has been reported by the special prosecutor.

It is mind-provoking how certain individuals who claim to love the country with their whole hearts and nothing but their whole hearts, are milking and causing the country to remain and become dry because of their filthy and fishy activities to amass wealth for themselves and future children with the assumption that they do not want their children to smell any kind of suffering and hardships in life but rather they should pass the easy way out to luxury without thinking about the source of the money.

They are quick to swear with the Holy Bible and Quran to be faithful and loyal to the cause of the country but the moment they assume public office, then there is no second thought of what they earlier swore to because they think God is compassionate and merciful, therefore, nothing deadly or destructive will happen to them even if in any case they misconduct themselves at the detriment of the country and the citizens as a whole.

It is because of the attitudes of such people at the leadership level arising out of their criminal conduct and pulls down activities that are the main reason why the country is not moving forward because those who are robbing the country of her scarce resources are more than the number of the resources endowed us as a people and a nation by God at large.

As the anus of that very innocent-looking woman has been exposed beyond description, it is highly expected that she will be made to face the full shackles of the laws of Ghana either to refund the money or be severely sanctioned and dealt with to serve as a deterrent to others who are bent on doing the same nation destruction agenda to get quick wealth when they are out of office.

It is mind-bugging how a woman who is believed to be the mother of the country and the citizens as a whole will intentionally or willfully use her private business entity to loot the coffers of the country because she has an allegiance with the authorities of the country who are also doing the same thing with the notion that they are backed up by the security forces of the country as their hierarchies are appointed by the very president who is presiding over loot and share brigade association involving the very individuals trusted with the resources of the state to protect it but due to their corrupt and clandestine pilfering activities they are sharing the resources amongst themselves and by an extension, selling off the ones that they do not need whilst the masses of the country are languishing in abject poverty across the length of breadth of the nation.

The rate at which corruption-related cases are being cited in the country is not surprising to people who are smart and vigilant because such are the reasons why economic infractions are on the rise up in the country and based on that prevailing juncture, there is no possible way available for those giant aquatic species to escape from the fishing nets.