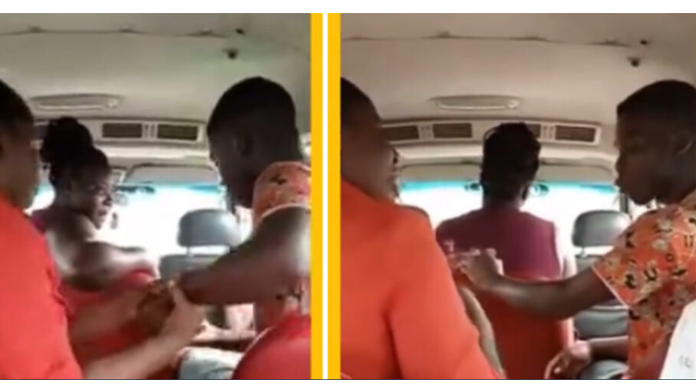 A viral video captured a woman in a commercial vehicle or trotro fighting with a bus conductor or a mate over GH₵1 fare.

The lady who refused to pay the fare tried to alight from the vehicle but the angry mate did not give her chance as she tried to get out of the vehicle.

The two then started to exchanging words over the GH₵1 fare and attempt to control the two were futile.

No amount of words from the driver of the vehicle even cooled his mate down whiles he was willing to take the GH₵1 fare from the lady.

It took the help of the passerby at the bus stop to cool the mates temper when one said he will pay for the lady.