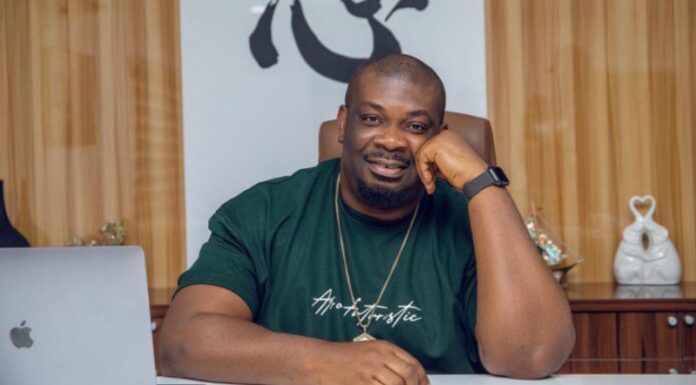 Don Jazzy, a well-known artist and record producer from Nigeria, has admitted he can’t remain faithful to just one lady.

He revealed it when he was describing the kind of women he preferred.

Don Jazzy talked about his romances while admitting he isn’t the type of guy to commit to just one woman.

He claimed that although things might change after he finds his “lost rib,” he can’t commit to just one woman in the short term.

He said, “I wouldn’t be able to handle the fact that if I like this person, everyone else should go to hell,” during a podcast conversation with Nedu.

“As at now, in my life, when that butterfly hits me like it hits you people when you fall in love, maybe I will then say every other person is f*cked and this is who I like”.

Speaking on the qualities he desires in his future wife, Don Jazzy stated that he wants a calm and understanding woman.

“I want her to be understanding, and calm, and I don’t want a troublemaker.”

One can recall that in 2021, the singer stormed social media with issues relating to his past marriage.

While sharing pictures from his wedding, Jazzy wrote, “For so long, everyone kept asking me when am I getting married? I got married to an American model and author, Michelle Jackson 18 years ago at age 20, and the marriage crashed two years later.