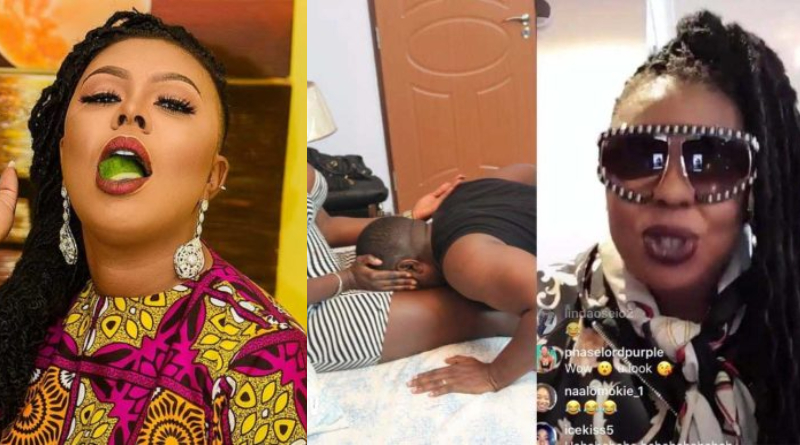 Controversial presenter and self-acclaimed Queen of comedy Afia Schwarzenegger has lambasted and threatened to expose men who have sent her their pictures or DM her on social media with love letters.

Some days ago, the comedienne in an interview with Zionfelix revealed that she was done with relationships and that she now pays male prostitutes to sleep with her whenever she is in the mood for s3x.

In a new video shared, Afia Schwarzenegger, lashed out at the men who after watching the interview started sliding into her DM to asking her to contact them so they can also sleep with her and get paid.

She referred to those men as lazy like her former husband Lawrence Abrokwa who want her to work, get paid and waste her money on them when they could just step out and look for work.