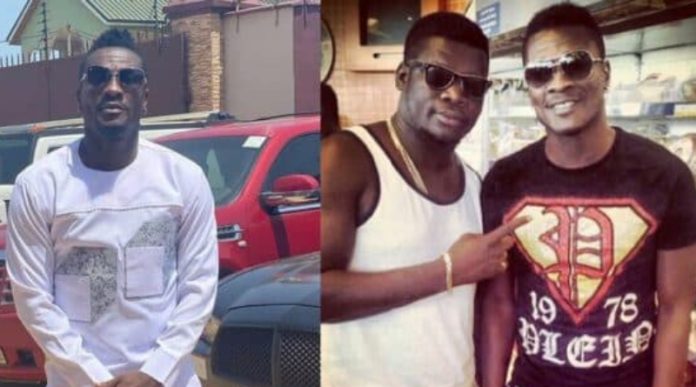 Asamoah Gyan, a former captain of Ghana, has admitted that he misses his friend Castro, who vanished nine years ago.

While on vacation at the Ada Estuary with Gyan, his brother Baffour, and others in July 2014, the singer went missing along with a woman named Janet Bandu.

After taking a Jet Ski ride at the Ada Estuary, Castro and Miss Janet Bandu drowned in an accident. Castro drowned but hasn’t been found yet.

However, in an interview, Asamoah Gyan recalled memories and acknowledged that he misses his brother and friend Castro even though it has been 9 years since he went missing.

“I miss him every day but I don’t show the emotions. I always feel his presence around me.” Asamoah Gyan told the host Dan Kwaku Yeboah.

Baby Jet Asamoah Gyan further disclosed how he met the singer, making them the best of friends.

“I met Castro in Italy. He came there with KK Fosu for a show in Udine and while performing, he spotted me in the crowd and invited me on the stage to dance.

“So it was at that time that we clicked and this was in 2005. After the show, I took their numbers and when they arrived in Ghana, Castro called me to inform me they are back in the country.

“I asked him to perform some freestyle, so as he was performing, I was harmonising, and at that moment he knew I had some musical talent. We went to the studio and made the hit record African Girls”.