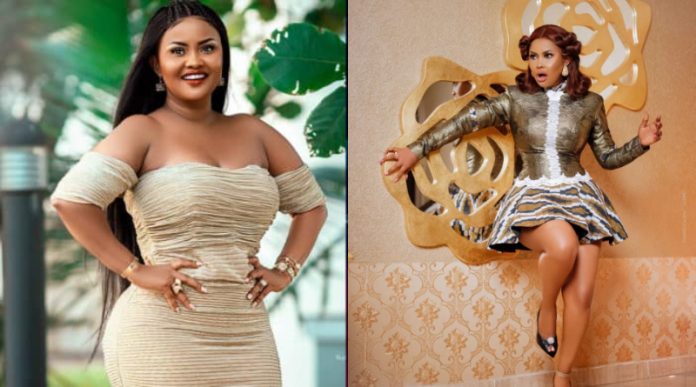 Empress Nana Ama Mcbrown, a multifaceted performer and film queen from Ghana, has claimed that contrary to popular belief, she did not grow up in a lavish household.

In an exclusive conversation with Pure Drive FM, Nana Ama Mcbrown described how she had to buy gari to survive after almost passing out from hunger.

According to Nana Ama Mcbrown, she was once jobless and broke; as a result, the only thing she could do to make ends meet was to sell gari.

The showbiz empress continued that all the flashy things and expensive properties she has to her name were all acquired through hard work because she isn’t a trust fund “baby” as speculated.

Aside from selling gari, Nana Ama Mcbrown also disclosed that she also once sold second-hand clothing, spare parts, and other food items before becoming the movie star we all know now.

Nana Ama Mcbrown is amongst the most famous and successful Ghanaian movie actresses of all time.

She has starred in over 200 local and international movies with a career spanning over 2 decades.