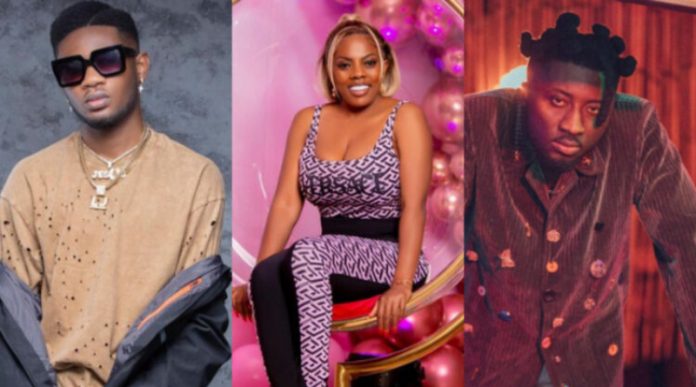 Currently, Amerado and Lyrical Joe are engaged in a heated rap duel. This came after Lyrical Joe expressed his disappointment at losing the previous year’s Rapper of the Year award at the 3Music Awards.

Fast forward, he managed to win the Vodafone Ghana Music Awards rapper of the year and since then, it looks like the two rappers are jealous of each other’s success and have decided to settle scores through a lyrical battle

They have thrown tantrums and dangerous shots at each other’s camp in diss songs and social media keeps buzzing as they anticipate for more diss tracks from the rappers.

In reaction to the ongoing beef, Nana Aba Anamoah has described Lyrical Joe as a very lethal rapper given the shots he threw at Amerado’s camp in his diss songs. Nana Aba Anamoah has automatically rallied behind LJ in winning the rap battle perhaps because she strongly believes that he is a better rapper than Amerado.