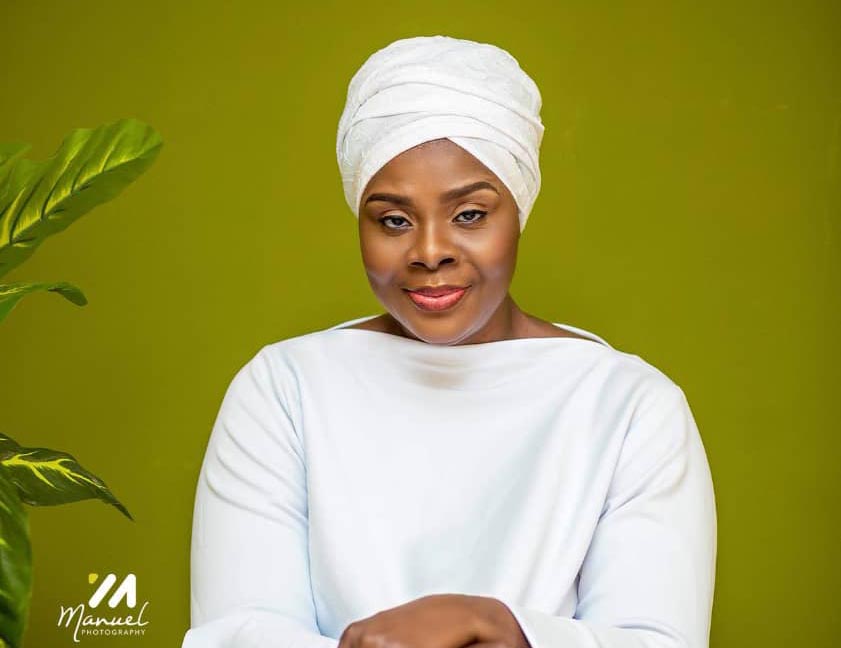 For years, veteran Gospel musician, Amy Newman, has been regarded as one of the most fashionable in the industry. At a time when dressing conservatively was the norm, she bucked that trend, wearing flattering clothes and makeup.

However, while she may have won many admirers, she is not too happy about it now. According to the Okamafo Jesus singer, she feels so guilty for setting bad precedence where contemporary artistes prioritised fashion over their gifts aimed to inspire people.

In a recent interview with Graphic Showbiz at the Live Recording of Kofi Owusu Peprah’s maiden album where she was spotted with no makeup and in a fashion sense ‘alien’ to the image the mother of eight has carved, she pointed out that she was now committed to righting her wrongs.

“God is dealing with me on a different level now and I have come to know my mistakes which I’ve started correcting. As you can see, this is not the Amy Newman you would have seen some years ago or even last year but that is all in the past now.

“As we worship God and build our relationship with Him on deeper levels, He reveals so many things to us through the Holy Spirit and I got to know of my mistakes as He took me through the process.

“This is a personal encounter and I don’t want to extend it to everyone but all that I’m saying is that even though my music was impacting people’s lives and my gift was appreciated, I was not in line with God’s will and purpose.

“Through revelation, I got to know that my flashy appearance influenced by my high taste for fashion and makeup was rather the focus of people when I was singing.

“The Holy Spirit revealed to me that I diverted attention from God and my message about Him to myself because people always focused on me, what dress or hairstyle I was wearing rather than God,” she stated.

The veteran singer, who celebrated her 60th birthday in July last year, said even though it has been difficult accepting the change since she had been accustomed to high fashion for many years, she had no regrets heeding to the instruction of God.

“Truthfully, it was not easy for me but it is not what I want but the will of God. Everybody knows what Amy Newman can do with fashion but this is me now. I’ve seen my mistakes and I’m happy to use my platform to draw people to God and not to myself as I’ve done over the years,” she stated.

With over three decades of doing Gospel music under her belt, the artiste, who said she now wanted to be known as Amy Amber Newman, entreated contemporary Gospel artistes to shun competition.

She told Graphic Showbiz that many of them didn’t really have an understanding of what they were doing because they chose to follow the masses.

“We must understand that doing the work of God, especially as a Gospel artiste, involves being a light to your generation. If you have such an understanding, you will be guided by that and not choose that path because a friend is doing it.

“It entails more than just being famous or having a sense of belonging because it comes with sacrifices that you should make and you will fail woefully if you don’t have a purpose for what you are doing,” she stated.

Most homos3xuals in Ghana are bi-sexual