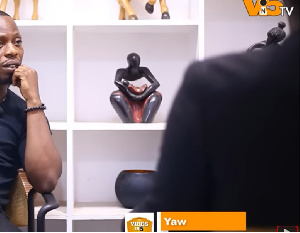 I man who has been monitoring proceedings of sexual activities involving his biological brother and his wife behind the scenes, has revealed that he could not stand the test of moaning and groaning that comes from sexual encounters between both couples, which was what motivated his senses to also engage in the same actions after his brother finishes with his enjoyment.

According to him, he has been sleeping with the same woman that his brother married because of jealousy which aroused his thoughts to go for such a delicacy reversed for his brother alone. He stated that he has been committing adultery at the same time, incest due to how his brother has been enjoying the flesh of his wife during which he hides behind the door of their room to hear how exactly things play out with them on their matrimonial bed.

Acts of infidelity and immorality, have been the bane of many marriages in the world nowadays as some married couples think it is normal for them to engage in extramarital affairs the moment each partner is not available within a twinkle of an eye.

For someone else to be sleeping with his sister-in-law, beats heavily, the imaginations of people who can not believe such irresponsible and evil conduct to be devoted to by an individual who should have known better than what he has confessed to doing against the wife of his brother. But the other coin of the divide is that what was the conversation between him and his brother’s wife before both of them unanimously consented to have sexual bouts on the same matrimonial bed for seven years without telling his brother until this time?

What this whole thing tells everyone is that a lot of filthy and unpleasant activities happen at all times behind the scenes in many marriages on the blind side of one partner or the other up until it becomes too wanton before one confesses about his or her illicit behavior to the other.