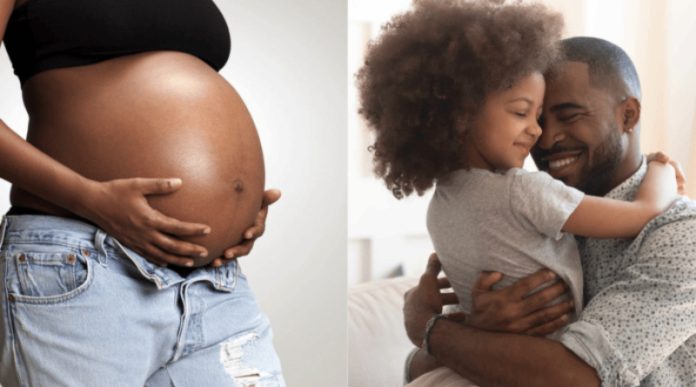 The wicked plans a pregnant Ghanaian Lady has for her fiancé’s 5-year-old daughter have been anonymously published online, leaving many social media users in disbelief.

This evil woman claims that her fiancé’s daughter resembles her late mother identically and that this makes her boyfriend think of his deceased wife.

She wants to either give her up for adoption or move her to the village to live with her grandparents as a result.

She claimed that she isn’t a bad person in the final paragraph of her viral article and that all she is doing is attempting to protect her son and make sure he receives the attention he needs from his father.

My 32-year-old fiance has a 5-year-old daughter, her mother passed away when she was giving birth to her. He has been raising her ever since he lost his wife, with the help of his family of course. I am now in the picture and we’re going to get married in 2023 and I’m 6 months pregnant with his son.

I’m not the stepmother type, so I know I won’t treat his daughter the same way I will treat our son. To be quite honest, she annoys me! She looks exactly like her mother so she constantly reminds my fiance of his dead wife and she is very attached to her daddy which makes me afraid that my son will not be able to bond with his father because of her.

Basically, I want to tell my fiance to get rid of her, she can live with her grandparents or we can find her a nice couple that wants to adopt a child.

I don’t know how to approach the situation but I need to find a way to convince my fiance’ to get rid of her. I’m not a bad person, I’m just trying to look out for my son and make sure that he will get all his father’s attention that he deserves. Please help!!”