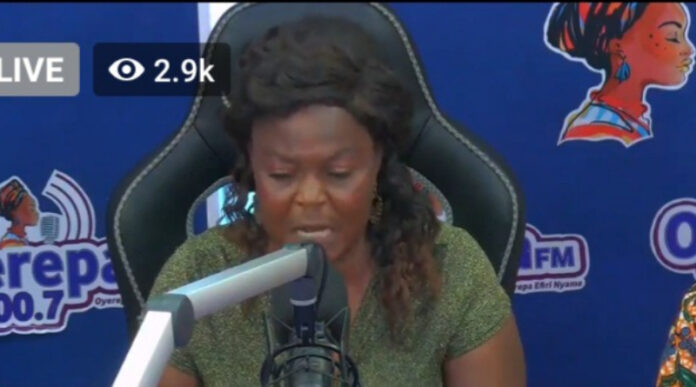 Maame Konadu narrated her story this afternoon on Oyerepa FM concerning how she went to a Mallam with her friend to help her marry the man she dated for seven years.

Maame Konadu said they were in a relationship for seven years before her husband Kwabena Agyei got married to her, it has been four years since they legally married. But Maame Konadu’s friend called Alice from Abuakwa has made their marriage come to an end. 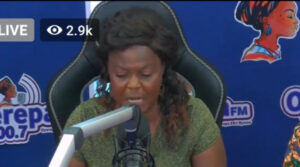 Her friend took her refrigerator which she bought for GHC2,000, they made an agreement that she will give her some amount of money every month but she did not pay a penny.

Alice gave her GHC300 to save it for her before she took her refrigerator, eight months later, she went to her house around 11 pm requesting her money but it turned out into a fight, Maame Konadu’s husband came to intervene but Alice that revealed to him that she went to a Mallam to help her get married to him.

Maame Konadu confessed that it is true she went to a Mallam with her friend Alice but it was for a purpose. She explained that she dated her husband for seven years but still he didn’t want to marry her.

Alice then took her to the Mallam to help her get married to her man. She was asked to offer money and some food to beggars on the street.

Two months later the man came to marry her but the same friend has revealed everything to her husband which has made her marriage come to an end.