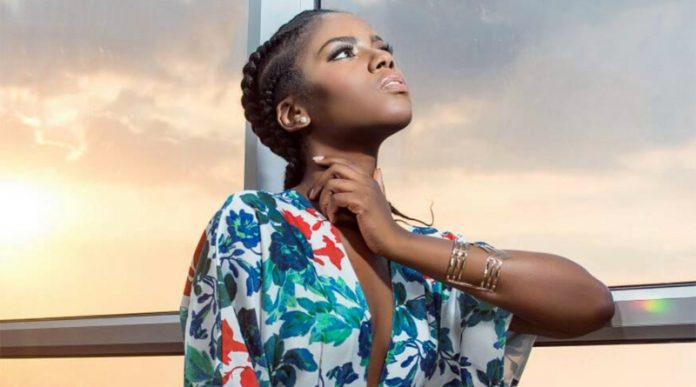 Vera Hemanoo Kpeda, well known as Mzvee in the entertainment industry, has admitted that she does not dream of marrying a famous person or even having a lavish wedding like some of her female coworkers and friends do.

Mzvee that she wants to maintain her privacy, and getting married to a famous or well-known person won’t give her that assurance.

Mzvee recently agreed to an interview where she discussed her dream partner.

The ‘Come and see my mother’ singer disclosed that men who are short in height are out of the equation as far as she’s concerned in terms of specs.

She went further to state that she wants to marry a tall, masculine and hardworking guy because such guys turn her on.

Mzvee also added that she will no way be in an abusive relationship and would walk out immediately if she notices that.

Mzvee also talked about her past and present relationship status and according to her, although she’s single at the moment she has dated in the past and unfortunately, things didn’t go as planned.