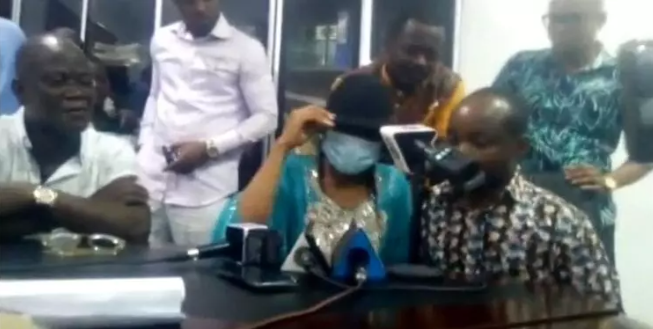 Despite showing grit immediately after she was handed a 90-day jail term by a Circuit Court on Friday, April 16, socialite Akuapem Poloo has made a U-turn just a few days after spending some time in jail.

She was granted bail on Wednesday, April 21 by an Accra High Court after her lawyer, Andrew Vortia, appealed the ruling of Mrs Christiana Cann.

She was granted the bail at a cost of GH¢80,000 with two sureties, both to be justified.

Though she met journalists to address them, she made a passionate plea: “Please, allow me to be in a good shape to address anybody.

This is in sharp contrast to her pronouncement after she was jailed.