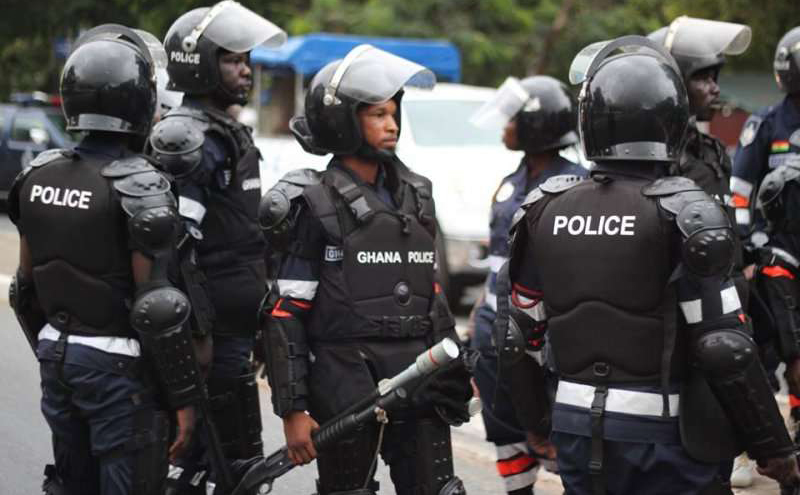 Two junior-ranked police officers have landed in trouble after assaulting their senior colleague who was interrogating them for misconduct.

According to reports, the embattled officers mounted an illegal checkpoint and attempted to stop a taxi driver. Knowing that was not a proper checkpoint, the driver of the Daewoo taxi cab with registration number GW 6483-20 ignored their instruction but eventually stopped.

The two officers, according to the taxi driver sprayed pepper spray into his car.
When he met the team lead by ASP Baba Abaling-Ba opposite Rev. Obofuor’s church, he lodged a complaint with him and the two officers were summoned.

In an attempt to run away, one of the rogue officers pushed the ASP to the ground leading to a dislocation and a cut on his wrist.

Both officers have since been arrested and detained whiles investigations begin.