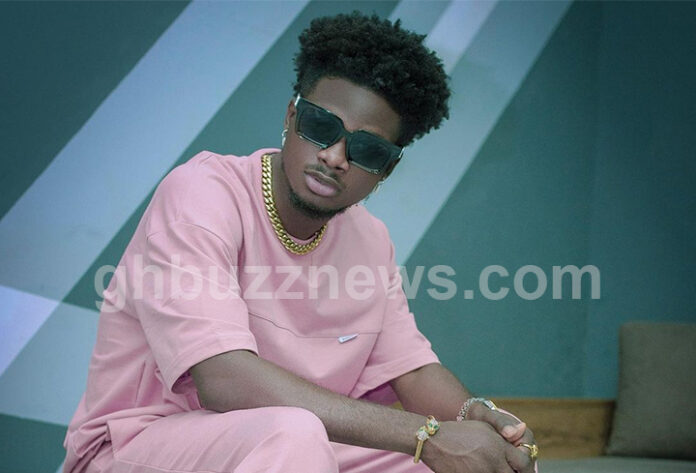 Ghanaian hitmaker and Afrobeat singer Kuami Eugene for the first time got people talking after he shared a photo of his real father.

Not long ago, a man came out to say that Kuami Eugene is his son, the man made serious complaints on how they are preventing him to see Kuami Eugene, this issue became something that got many confused.

The man narrated how he lost Kuami Eugene and why Kuami Eugene is refusing to tell Ghanaians and his fans that he is his real father.

According to this strange man who claims Kuami Eugene is his son said that he traveled to a different village in search of a job to be able to take care of Eugene and his mother, but he came back after some years and meet nobody at home, he was told his wife has run away with his only son Kuami Eugene.

But the truth about this whole issue still stands unclear, however, Kuami Eugene posted a photo of a man he claimed to be his real father, and this man is someone who was in the music industry here in Ghana, his name is Alex Marfo, which was not the man who came claiming to be his son.

My Son Was A Cleaner Before He Went To Senior High School – Dr. McDan Korley