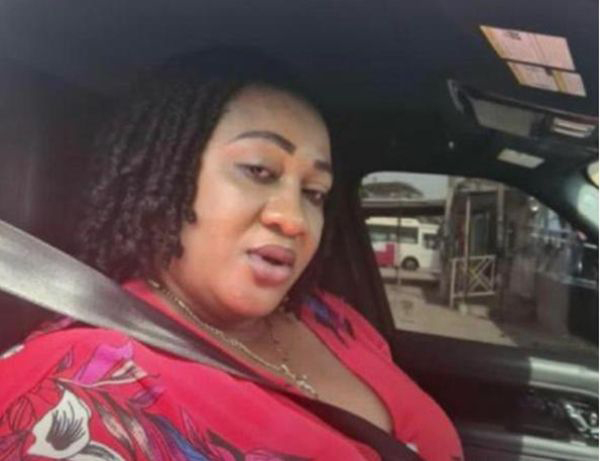 The Police in Kumasi are on a manhunt for six persons who allegedly shot and killed one Benedicta Pokua Sarpong at the Airport Roundabout in the early hours of Sunday, June 13, 2021.
The incident happened at around 1am when the six, armed and aboard a grey Toyota Camry, attacked the deceased who was on board a white Range Rover with a customised number plate Prempeh-1-21.

They allegedly shot her through the right window of her vehicle and sped off towards Aboabo.

The Ashanti Regional Police Public Relations Officer, Assistant Superintendent of Police (ASP) Mr Godwin Ahianyo, who confirmed the incident to the Graphic Online, said the deceased was first sent to the Manhyia District Hospital where she was referred to the Komfo Anokye Teaching Hospital where she died.

He said when the police visited the crime scene; they found only one live 9mm long ammunition but could not find the spent shell of the bullet that hit her.

According to police, while the incident looked like a robbery gone wrong, it was not ruling out contract killing as the motive behind the act.

This suspicion was further corroborated by the husband of the deceased, Nana Premepeh, in a radio interview that on the night of the incident, he and his wife were returning home from an outing and he made the wife to drive his Ranger Rover while he was in another car following her.

Speaking on Kumasi-based radio station, Akoma FM, Nana Prempeh said “all what I saw was that someone opened gun fire at her. They shot her multiple times and sped off.”

He strongly believed that the assailants were after him but did not know that he had swapped cars.