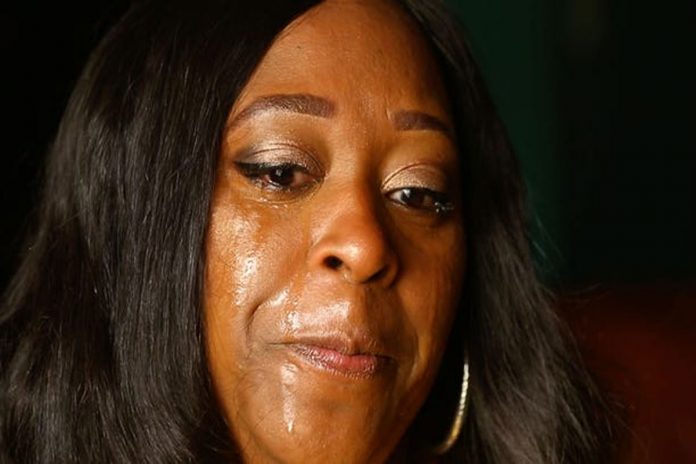 A Lady has shared a story about how she broke up with her ex-boyfriend after giving him a MacBook on her social media page.

The Lady claims that after purchasing a MacBook for him, her partner began to criticize her financial decisions. She stated that her boyfriend told her he was saving enough to buy the gadget for himself the following year, so she didn’t need to buy it.

She continued by saying that her boyfriend had told her not to buy him anything until they were both spending equally. Additionally, he began monitoring her expenditures and made her return some of the pricey items he had purchased for her.

She also planned on a holiday trip with him at Cancun but he declined the offer and suggested they go to North Carolina.

She revealed that se has learned that economic factor plays a very vital role in relationships, hence she wouldn’t dare to buy any man anything until she gets married.

See the screenshot below: 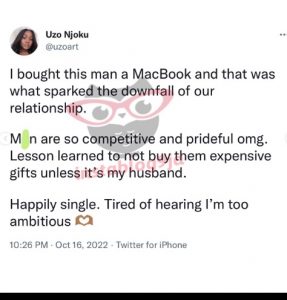 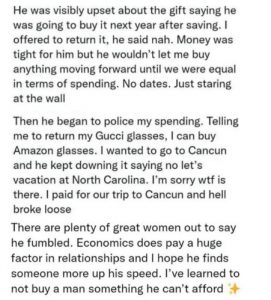