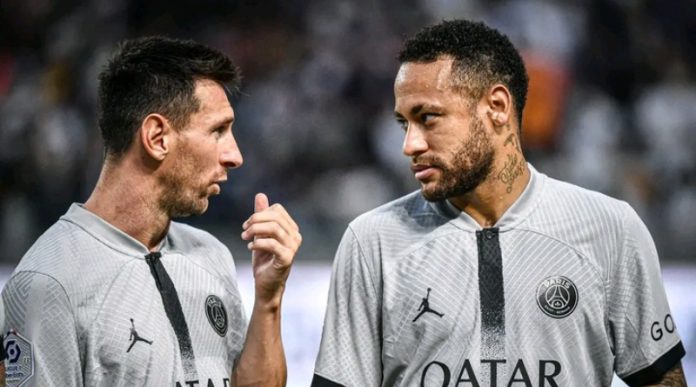 Lionel Messi Ranked The Second Best Player In The World

According to recent reports made online by Sofascore_official, PSG star player Lionel Messi currently ranked as the second best player in the world based on current ratings. Let’s take a look at the names of players that made it to the top ten list below.

1. Neymar Jr – Brazilian star player Neymar Jr, currently ranked as the best player in the world based on current ratings. The talented forward currently has a rating of 9.73/10.0. Neymar ratings recently increased, due to his current top performances for PSG in the Ligue 1 tournament this season.

2. Lionel Messi – Lionel Messi who was previously occupying the first position on the list, recently dropped down to the second position due to the presence of Neymar Jr. The Argentine captain currently has a rating of 9.03 out of 10.00.

3. Kylian Mbappe – Mbappe on the other hand, made it to the third position ahead of Joshua Kimmich and Kevin De Bruyne, with a total rating of about 8.60. See the photo below for more details. 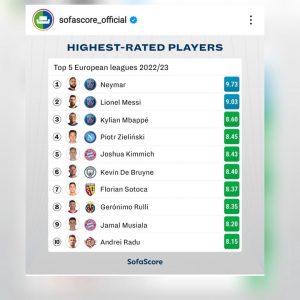