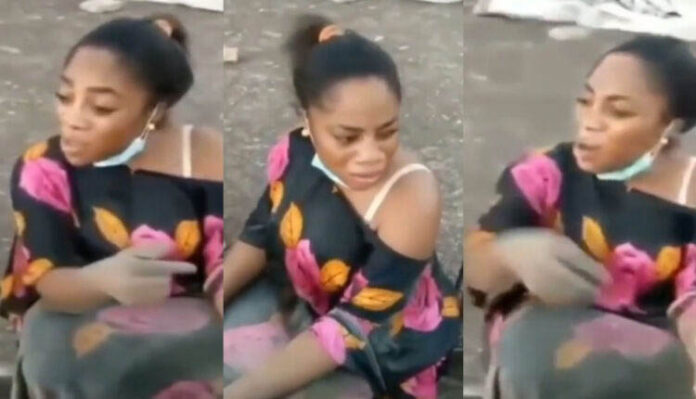 Wonders they say shall never end, former class captain of the slay queens in Ghana who once went under the knife to enhance some of her body parts, Moesha Boduong has been sighted in a new touching video preaching the word of God to sinners.

In this new fast trending video, the actress and brand influencer can be heard speaking against fornication and its other related forms.

Moesha Boduong also emphatically stated in the video that sleeping with sugar daddies for cash and other goodies is a great sin in the sight of the Lord hence ladies who are into such business should quit because the kingdom of God is at hand.

Moesha Boduong who is a supposed born again Christian also said during her sermon that women in this part of this world (Africa) are blessed with nice body features which if they put into good use can help them make a fortune.

It can be recalled that just about a week ago, ace Ghanaian music producer and now an apostle of God popularly known as Kaywa descended on Akrobeto and other critics who have tagged Moesha’s repentance as fake.

According to Kaywa, it is very wrong for naysayers to clown repented people because the Bible hates discrimination and no one is righteous in the sight of the most high.

It’s our wish that Moesha will not disappoint his supporters and newly found brothers and sisters in Christ by going back to her old sinful ways.

In other news, Moesha Boduong has hinted at beginning her own ministry very soon to help spread the word of God to every corner of the earth in the bid to save more souls for Christ. May she achieve this dream in Jesus Name – Amen!

Check out the video below to know more…