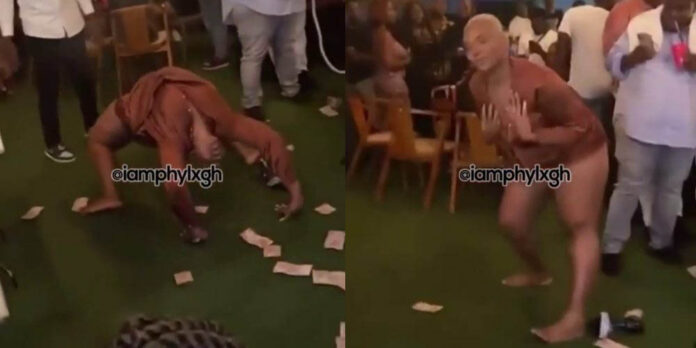 Abena Korkor left quite an impression at a party when she took to the dancefloor with her moves.

In a video that is currently in circulation, the Ambassador for Bipolar Disorder was unstoppable. With Davido’s Jowo playing in the background, Abena pulled a “Sister Abigail” move [not sure that’s the name but it’s that creepy move Bray Wyatt of WWE fame does] on the floor unperturbed about her nearly exposed body.

What Giovanni and i had was just a fling,i didn’t know he was married…

She broke free from a gentleman who had wanted to help her up and dashed to a nearby table to spread her legs. As expected, the crowd went wild at this point.

Social media users who came across the video asked if that was one of her episodes. Others also think she fakes it and then blames it on her condition.