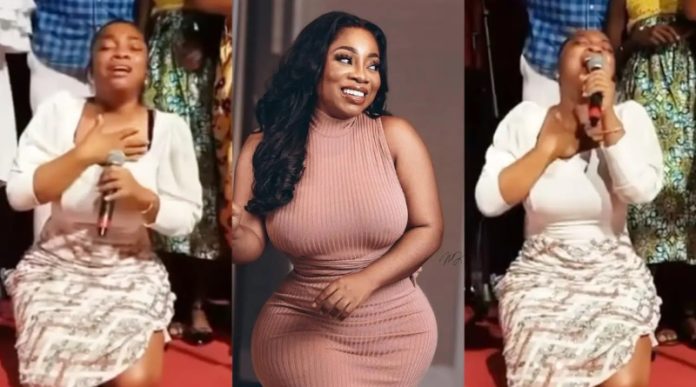 Additionally, he requested that she stop doing interviews for him.

This came after he described his experiences as a member of the entertainment industry.

Replying to his post, Moesha stated that she is mentally stable.

She added that the movie director should not believe all that he reads about her online.

Moesha Boduong wrote: “Thank you soo much for this right up,I’m mentally stable and I was never going to say this ,but dont believe all you read about me online. I am a true woman of God,my journey may be different from everyone else and I have my own relationship with GOD. @officialpascalamanfo ❤️.”

Moesha’s interest in dancing s3ductively has got a lot of people worried.