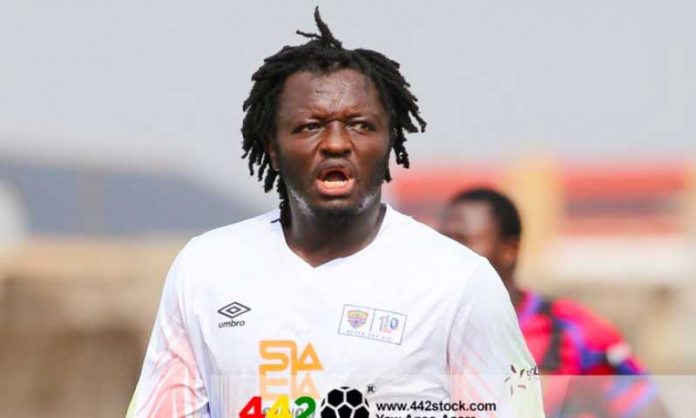 A former playing maestro with the national football team of Ghana, the Black Stars, Sulley Ali Muntari, has highly spoken of his memorable days with the national team playing bodies during his days of kick-off period where he had mouthwatering opportunities to also display his skills when chances availed themselves glaringly at his door and smiled on him.

He stated that gone by the days when he was in actions with the likes of Tornado Stephen Appiah, Michael Essien, Prince Tagoe, Laryea Kingston and brother, John Mensah, John Paintsil, and several others when they were called up into the national team to represent the nation on many national assignments which they did patriotically without any shred of ambiguity but something untoward happened during the Brazil World Cup championship which is vice versa, ruined and destroyed the football career of many such individuals who were part of the national football team with their manager, James Kwasi Appiah.

According to him, though he is now fast advancing in age, he wishes to get another round of chance to play again for the national team because it intrigues him the most whenever the football team management offers him the privilege.

In an exclusive interview with the national president of the Ghana Football Writers Association president, Master Kwabena Yeboah, an astute football commentator of many decades, who is also the host of GTV Sports+ where general football activities and talents are exhibited, he revealed that, he is hoping if he could receive any call up into the national football team, it would be a dream come through because it is something that he has been praying for, for a while now without leaving any stone unturned with the sense that the manner in which he lost touch with his national team members and their management was not the best and this time around, he is well determined to just his call up again when the opportunity knocks on his door again because he can not forget the fond memories he previously had with his other sterling players in the team but things did not actually pick up at the concluding stage the way he thought it due to certain perceived reckless decisions taken by some disgruntled citizens of the country when they appeared during the world cup terrain causing shame and putting the name of the country in jeopardy thereby, damaging her hard earned reputation on the international space.

But he finally stated that he does not personally have any bone to pick with anybody at the management level nor does he have the same at the playing body involving his colleagues at the campground. He, therefore, extolled the dexterity of the current crop of players invited to play for the national team and he aspires to play with them as well for the benefit of the national interest despite his age because he still hopes to get the call-up as a national assignment would down on him to do so to the admiration of all since it would be one of his football testimonies that he will share with his children in the near foreseeable future.

He further stressed that he envisaged countless prospects coming his way from the camp of the Black Stars more than what he secured in his reigns with the team and that is why he still expects that there are many other chances available for him to fill the gap within the Black Stars so, he is highly hoping that one day, the call will fall flat at its finest position to tell the world that he is not all that an indisciplined and disobedient child as some erroneously impressed as if he were.

In his words: whatever might occur at the camp of the Black Stars during the Brazil World Cup championship, should not be a determinant in our country put it that based on the conduct of this or that fellow, then this action or that must be initiated against him because that is bound to bringing down the patriotism in the players who desire greatly to play for the national team on the ground that, they will have the notion that, whatever they do or commit themselves in doing for the country, at long last, it would not be appreciated and thus, their dedication and devotion would not bring anything significant to them and their various families as a whole and as a result, we must all bury the hatchet for lasting peace and togetherness to prevail in the national team.