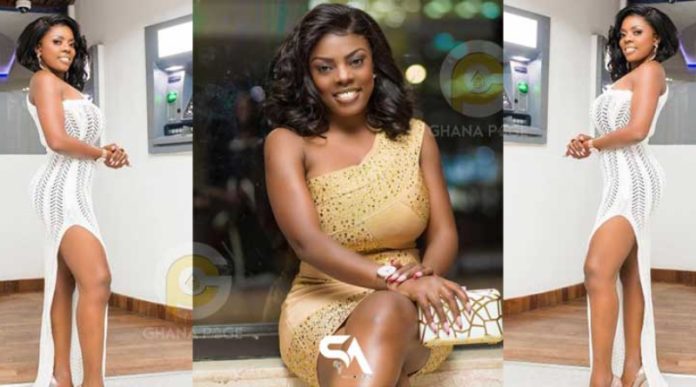 Nana Aba Anamoah, a media celebrity, is getting roasted for posing a lewd question on social media.

Some social media users who were angered by her post are now attacking her.

According to them, Nana Aba Anamoah is a hypocrite.

They claim that although the media personality enjoys raw sex, she is online claiming she doesn’t and instead making fun of other people.

Whilst they tagged Nana Aba as a hypocrite, others fired she was asking a foolish question.