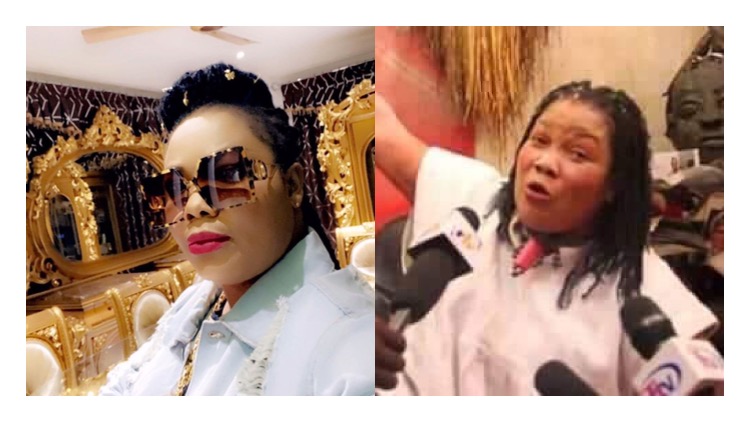 After making it known to the general public about giving her life to Christ, Ghanaian celebrity fetish priestess Patricia Aseiduaa, known as Nana Agradaa now Evangelist Patricia Oduro has set her gods and shrine on fire.

The celebrity fetish priestess known for money doubling “Sika Gari” announced in her press conference after she was arrested few days ago that she has now seen the light and she has turned a new life and wants the public to address her as Evangelist Patricia Oduro.

Ghanaians thought it was just a joke, but the new born Christian has burnt all her gods in her shrine.

In a video sighted by ghbuzznews.com, Nana Agradaa was gathering her gods and setting them on fire.