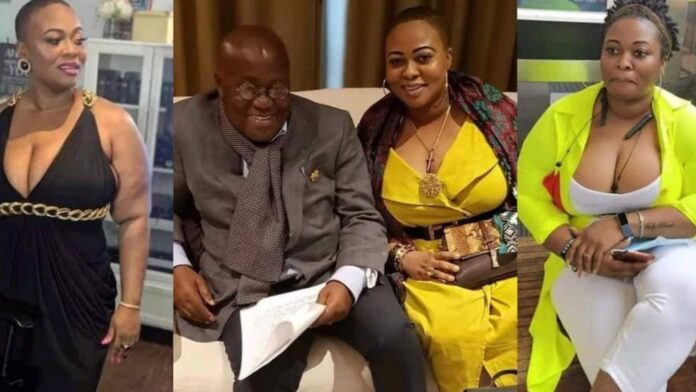 Social media is crushing as I type. This is because a side chick to Ghana’s president, Serwaa Broni has made some shocking revelations about the first gentleman of the land.

This happened yesterday during an interview between Evelyn Serwaa aka Serwaa Broni and host of ‘With All Due Respect’, Kelvin Taylor on Loudsilence TV. 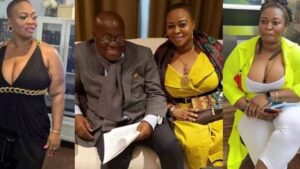 The over two hours interview cut across a lot of issues ranging from the intimate relationship between Nana Addo and the self acclaimed lesbian through a robbery attack which she claims was staged by the presidency to alleged compensation for the violent act metted at the lady.

One important revelation worthy of discussion is the allegation that a sitting member of parliament urged Broni to publish the topless pictures of the president. According to Serwaa, the said MP is the marveric legislator for Assin Central Hon. Kennedy Ohene Agyapong.

Explaining further, the embittered lady said she met with the NPP MP at Kempenski hotel after the attack and narrated her odeal to him. Having convinced himself that national security had confiscated her phone and hacked her social media accounts, Kennedy Agyapong challenged Serwaa to publish pictures of herself with the president if indeed she had them.