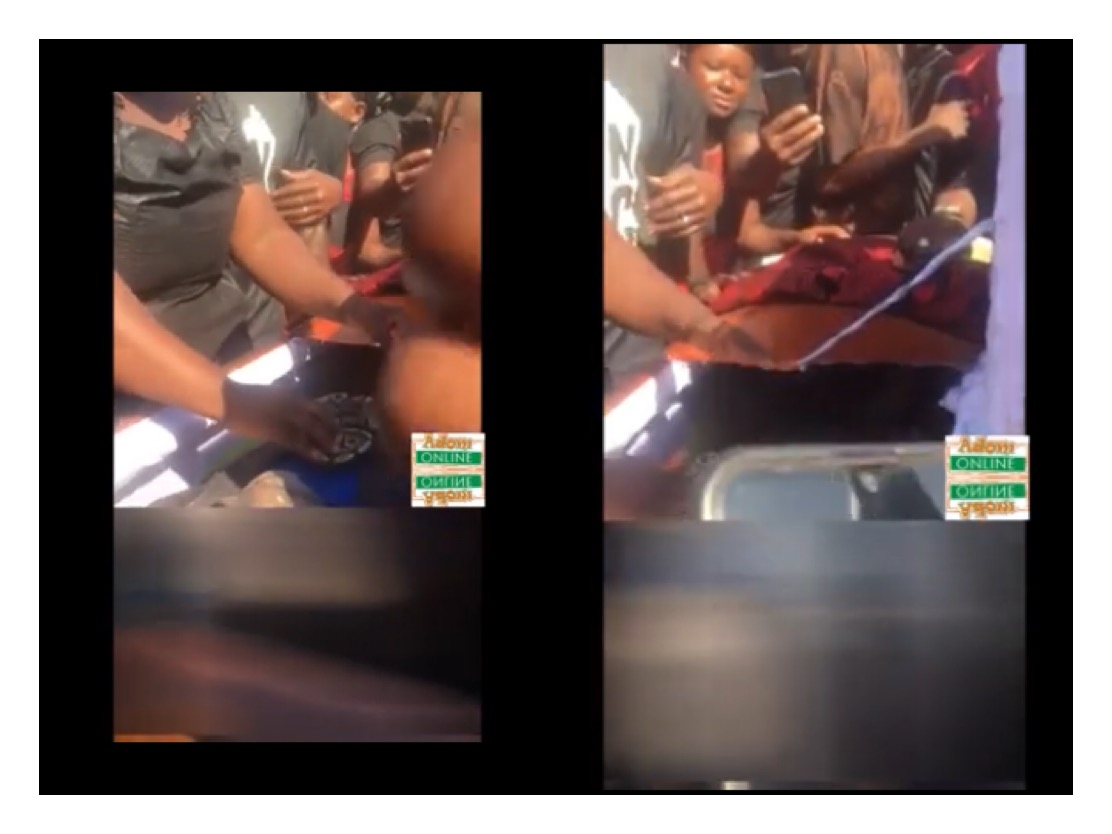 A video going viral on social media, a woman who is a Ghanaian was seen burying her husband with a live snake.

The live python was seen hanging around the neck of the widow and chanting on it until she dropped it in her deceased casket.

According to the background voice narrating why she embarked on the ritual said the snake bit the tongue of the deceased and that was how he met his untimely death, hence she thought it apt to bury him with what killed him.