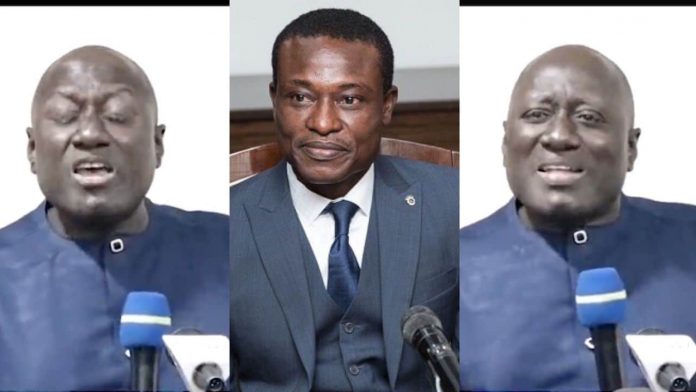 A Commissioner of the customer division of the Ghana Revenue Authority, Colonel Kwadwo Damoah, has issued a stern death threat to the special prosecutor, Kisi Agyabeng, about a case involving Labianca Company Limited in which the special prosecutor implicated the owner of the said company for duping the country off with over one million Ghana cedis under her influence as a member of the council of state.

This week, Mr. Kisi Agyabeng, issued an alert that, he saved the nation off over certain criminal activities involving a member of the council of state who is bent on using her influence as a member of this political administration to be robbing the country of her resources.

It is believed that the commissioner of the Ghana Revenue Authority, coming from one particular division of the authority, has given the strongest indication yet that he is going to brutally and ruthlessly deal with the special prosecutor for trying to damage his reputation in matters about the alleged involvement of the Labianca Company Limited which had been cited by the special prosecutor on corruption-related cases which has shaken the bedrocks of the nation.

In a related development, the member of Parliament for the South Dayi constituency in the person of Hon. Rockson Dickson Dafeamekpor, a legal practitioner, has called for the immediate arrest and its subsequent detention so that he could face prosecution instantly if or when he is found guilty of any case relative to criminality.

The whole country has to wake up to the news that Madam Eunice Jacqueline Buah, who is a well-known member of the council of state in this very New Patriotic Party administration, has used her company, Labianca Company Limited, and stole a huge colossal amount of money belonging to the state which the responsibility of the customs division of the Ghana Revenue Authority is to check and verify the identities of companies which are in total compliance with regulations enshrined in governing the collections of duties on goods and items consigned from one spot to the other but it is never being done and due to that, it appears as though someone who is being paid with the taxpayer’s money, has shredded his responsibility causing the special prosecutor to chase the heels of those culpable and it is through one of such means that, he was able to retrieve over one million Ghana cedis for the country.