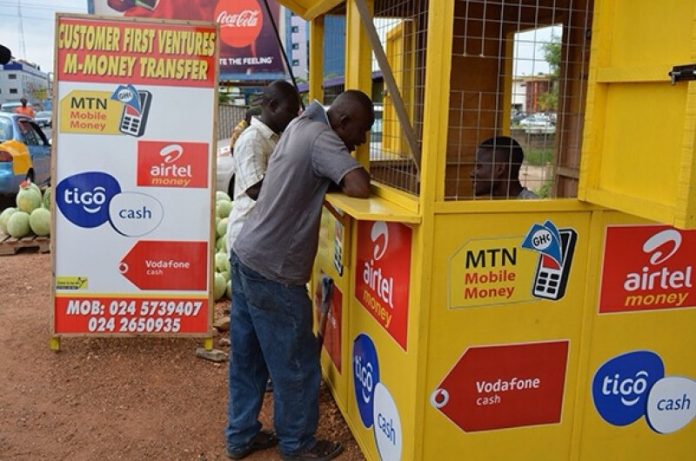 The telecommunications networks operating in Ghana have announced of their financial attrition rate as their blamed it on the introduction of the much talked about repressive electronic banking that the government of Ghana has initiated to accrue cash from the users of such services.

According to the telecommunication giants the sharp decline in their profit margins have an alarming rate that they must voice out and if not things will get out of hand and they have even gotten already.

They said they lost over 300, 000 subscription applicants of money money alone which meant they were in total disagreement of the initiative of the government bothering on the implementation of the e-levy and because of that reason, they had withdrawn from their various subscription to their network and service providers.

The operators are currently counting their loses as it seems to some of them as though all is gone without any possible restoration which will not augur well for the growth of the industry.

The government of Ghana introduced the electronic levy charges because it realised the network operators are making strides in the industry and therefore the need to accrue some taxes from the gains of the telecommunication companies and their various subscribers which many people even revolted against fiercely but the government jettisoned the pleas of the citizens as if it were a dross onto its nostrils where it seems impossible to make fraudulent money from the pockets of the suffering masses without recourse to the debilitating nature of the current status of the economy in the country of Ghana.

It has been predicted that many more people are likely to deactivate their subscription with their telecommunication networks to avoid being taxed by such introduction of the most highly fought and resisted electronic levy introduction in the history of the Republic of Ghana after Akufo Addo claimed to have won his fiercely contested second term bid to rule this country for the next two and half years to come but gradually, his tenure shall surely come to pass as many past leaders of the world committed atrocities and heinous crimes against humanity so therefore; whatever he does will by all means come to an abruptly end without any excuse and there will not be any possible remission.

Currently, the economy of the country is struggling to be stable as it has reached a sickly state without they the government officials professing lasting impression and resilient solutions to help ameliorate the situation which has already caused enormous business entities to fold up where it seems practically impossible for their robust return onto the radar.

High cost of living and doing business is the major talking points presently ongoing in the nation as many could not hold their spectacles to behold what is happening in the country because they have become bamboozled and flabbergasted as the current president promised them unrealistic and unfeasible conjectures that could not be attained from now even until when he is mandated with additional 78 years to his present age so that he can transform the lives of the Ghanaian citizens whereby he will be encumbered from rendering flimsy and outlandish excuses as to why A, B or C could not be done or achieved so as possible for him to redeem his pledges and assurances he gave before and during his campaign era where he cunningly and craftily lured some unreasonable individual electorates to voting for him and now that his annals have been exposed beyond compassion.