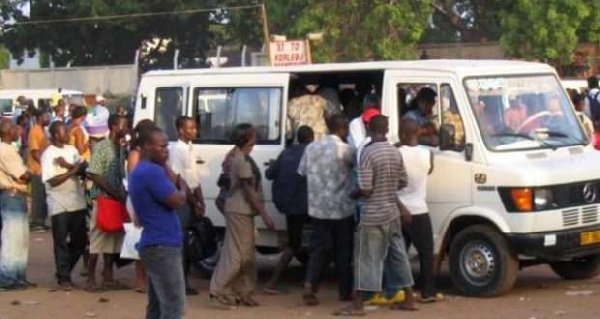 The Ghana Private Road Transport Union (GPRTU) says an increase in transport fares is imminent, adding that it intends to announce the new fares after Wednesday.

According to the Union, it was due to increase fares in the coming days as a result of existing price build-up but those plans had to be put on hold for the new levies slapped on petroleum products to be factored in.

Godfred Abulbire Adogma, the General Secretary of GPRTU, in an interview on Eyewitness News, said a definite decision on the exact percentage at which the transport fares will rise has not yet been taken.

“The price increase is obvious but the percentage that we will be increasing it by is what we are yet to discuss,” he said.

He said based on current factors, an increase in transport fares between 30% and 40% would have been ideal, but that may affect their business, hence the final decision will be lower than that.

“Even if we are given a freehand to think within our own self and come up with the new fares, we will not make any mistake to go beyond 15% or even 20%,” he said.

Many anticipate that transport fares in the country will increase immediately after the government’s new tariffs, including a 30-pesewa spike in petroleum products, kick in on Saturday, May 1, 2021.

An increase in transport fares is most likely to also affect the general cost of goods and services in the country.

Some have already urged the GPRTU and other transport unions to be considerate in their introduction of new fares, but Godfred Abulbire Adogma explained that “the cost of lubricants are up, DVLA has adjusted their prices, insurance companies have also increased their premiums, and the other aspect is the petroleum prices. The third component of fares has to do with the dollar rate against the spare parts that we buy.”

He indicated that another meeting has been scheduled with the Ministry of Transport to bring finality on the percentage at which the fares will be increased before a formal public announcement is made.

“Ours will come after Wednesday. We met [on Thursday] with the Transport Minister and we agreed that once there is this new rollout of new tariffs from 1st May, we just wait and get that percentage and add it up to our existing price build-up that we had calculated and now know by what margin that we will increase fares.”

He said the GPRTU will ensure that the new fares “will not affect the general public so much.”