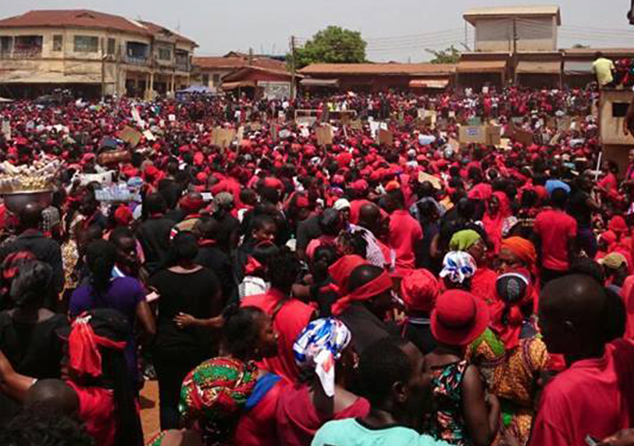 Asokwa Grassroot patrol Team in the Kumasi Metropolis of the Ashanti region have called on Nana Akuffo Addo to reappoint their M.P Hon. Patricia Appiah Agyei.

Speaking at press briefing,  the convener for Asokwa Grassroot Patrol Team,  Mr. James Kwadwo Pepprah (Teacher Kwadwo) says  they have seen that Nana Akuffo Addo has rejected their Member of Parliament in his second term of office.

He said during her time as kumasi Mayor she did her possible best. They will advise  themselves coming 2024 if Akuffo Addo refuses to listen to their plea.

He indicated that Mrs Patricia AppiahAgyei has worked  more than Asenso Boakye, abu JINAPOR etc but Akuffo Addo has Appointed them and rejected their MP. Asokwa deserves better or else we can’t break the eight.

Also, the Municipal chief Executive, Hon. Akwaniasah gyimah should  be maintained because his collaboration with the MP gained more votes for the Npp in Asokwa  because of their hard work.