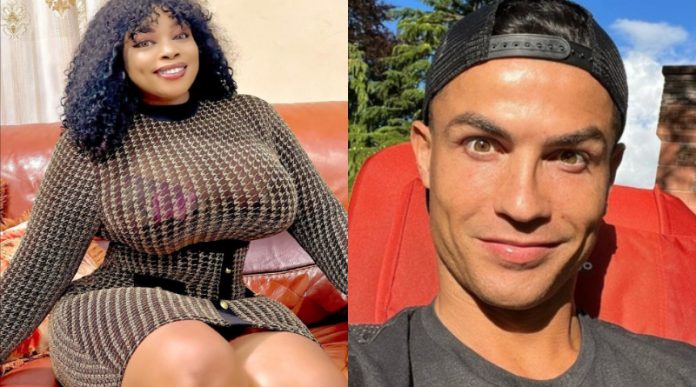 Nollywood actress, Georgina Ibeh, has said that the player that catches her fancy in the game of football is Cristiano Ronaldo and that she thinks he’s the best footballer in the world.

She stated this in a recent interview with The Punch. When asked if she can go on a date with the football star, she said yes, but that there won’t be anything attached to it because Ronaldo is already married, and that she cannot date a married man.

She said – “I like how he is passionate about what he does because I am also very passionate about my craft. I also like that he shows a lot of love for his family, I care about family. So I like how he is very family-oriented. He is a cool person. On a platonic level, yes I would go on a date with him. Romantically though, no way. I wouldn’t want to have a relationship with a married man.”

Sharing her opinion on the feats of Nigerian women at the World Athletics Championship and the Commonwealth Games at Birmingham, she said that it feels good that women are doing the most these days, and that gone are days when some people believed that training the girl-child doesn’t matter. She said that women are doing impressive things these days, even in families.