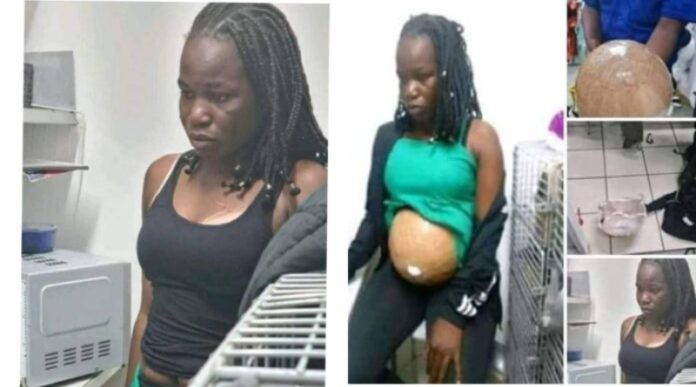 In Middelburg, Mpumalanga, South Africa, a young woman was allegedly caught trying to shoplift from a prominent store while wearing a fake maternity tummy.

Although there are little specifics about what happened, it appears that the security guy stopped her at the door.

When they searched her, they discovered that she wasn’t genuinely expecting a baby but had made a false baby bump to conceal her treasure.

IN other news on Ghbuzznews

Controversial Pastor Ng’ang’a, a televangelist from Kenya and the founder of the Neno Evangelism Center, has given advice to his church’s female members on how to handle their husbands’ side women.

In a recent sermon, the cleric advised the female members of his congregation to pray for their own husbands rather than for side chicks to pass away.

I hear you are now praying for side chicks to die. Women like that so much.

Instead of praying for them to die say God bless the side chick with her own husbands.

Ng’ang’a also added that side chicks are not to be blamed as men often make the first move.

Your husband owes you loyalty and in this case, he is the one in the wrong. Instead of praying for the side chick to die why not kill your husband first? If you are truly born again then you would know that two wrongs don’t make right. Christians have not been called to kill.