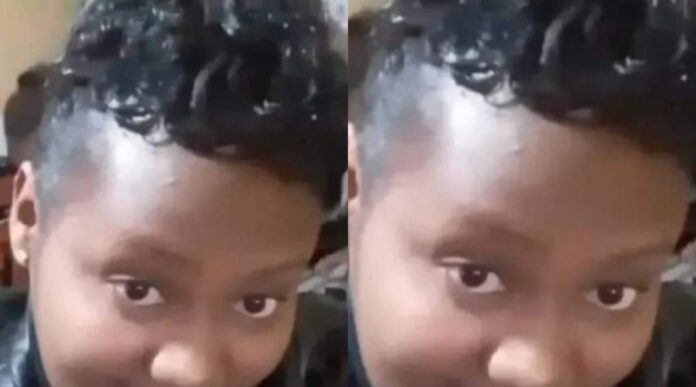 Florence Kaari, a 29-year-old Kenyan woman, was allegedly k!lled by her husband for arriving home late.

After her husband struck her with a blunt object on the head on Sunday night, December 4, 2022 in Githurai 45, the woman passed away while receiving medical attention.

The man reportedly came home drunk around one in the morning and asked where the wife was, according to Ruth Kaimenyi, who was serving as the family’s housekeeper.

“He came home drunk and asked where his wife was. I told him that she had not arrived, and he told me to get out of the house as he threatened me stating that I was supposed to know,” Ms Kaimenyi told the police.

The housekeeper claimed that Ms Kaari appeared with a friend whom she just recognized as Ms Gakii 30 minutes after she was expelled from the residence.

She then inquired as to her reason for being outdoors, at which point Ms. Kaimenyi, the housekeeper, described what had happened.

Ms. Kaari chose to go and knock on the door instead of taking the threats made against the home help seriously.

Her husband, however, was waiting for her, and as soon as he opened the door, the two began to argue.

The two; Ms Kaimenyi (house help) and Ms Gakii (friend to the deceased) tried to stop the duo from going on with the fight, but the man turned violent and started abusing them as well.

Moments later, the commotion calmed down and one of the children who was sleeping in the house, rush to meet the two ladies outside.

The child told them that the mother had been hit on the head and was bleeding.

“Our attempts to stop them were futile. The husband instead started hurling insults at us calling Kaari’s friend a prostitute,” the househelp further revealed.

Ms Kaari was rushed to the hospital when the man was overpowered, and she died in the wee hours of Monday morning.

After the news that the lady had died reached the husband who is currently in police custody, the man went ahead and called his in-laws and told them that their kin had taken poison.