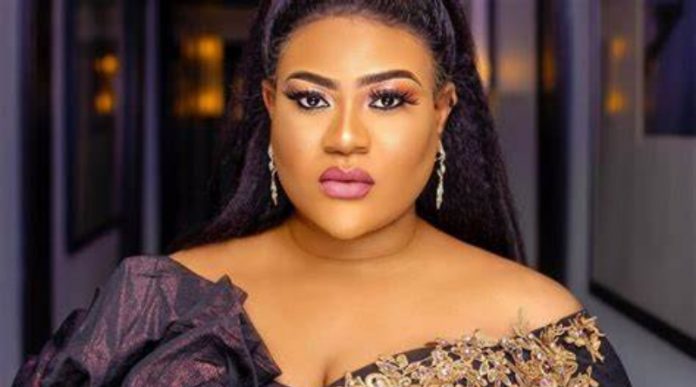 Actress Nkechi Blessing has been made fun of by Mr. Ossai Ovie Success, the governor of Delta State’s special media advisor. Blessing claimed that she can buy a man if she so chooses.

Remember how actress Nkechi Blessing claimed a few days ago that she could control and buy any man she desired with her wealth?

Nkechi Blessing was made fun of by Ossai Ovie for saying that she can use her money to buy any man she wants but couldn’t use it to keep her own husband. Recall that Nkechi Blessing and her ex-husband had a contentious divorce as a result of their mutual criticism of one another on social media.

Ossai says it irritates her to hear Nkechi Blessing boast that she can control a man by using her money to buy him.

“She thinks men are cheap. I guess she doesn’t know her money can only buy sex from men but can’t keep a man.

This is the same Nkechi that couldn’t keep her ex-husband.”

“If her money can keep a man, why was she unable to keep her husband.? Why did her husband dump her.?

“I am a man, I can’t stand her insulting my gender.

“She should apologize to us. She should keep mute, humble herself so men will not use dumped her” he said.