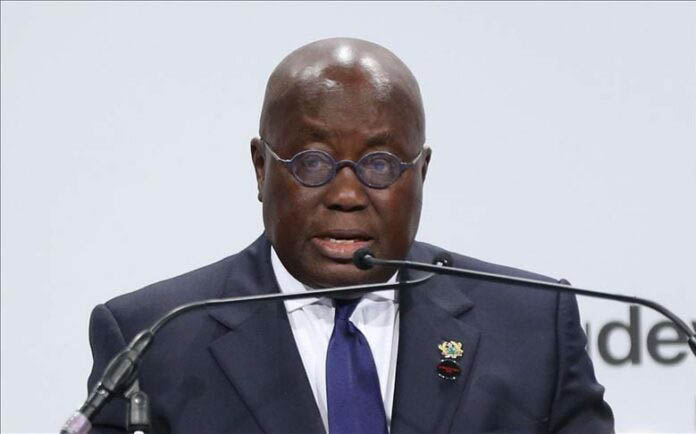 Following the information Minister, Kojo Oppong Nkrumah media engagement on Sunday, August 15, 2021of government’s commencement of the Agenda 111 project today, 17th August, 2021 to scale up the healthcare infrastructure in the country, ReCPAG has stated that, the seed capital of $100million and a unit cost of US$17million(which US$12million for construction and US$4million for the purchase of medical equipment) makes the vision impractical if not impossible with such paltry amount within eighteen months.

READ ALSO: Closure of radio stations: You’ve set an example, the table will turn one day – Mahama to Akufo-Addo

The organization said in as much as they commend the President for such intent to improve access to healthcare infrastructure and services, we wish to state that, the President’s pledge is over ambitious and unrealistic taking into account the undesirable track record of poor health infrastructure financing and his inability to construct a single district hospital in his first term.

“Our painstaking investigation reveals that each of the 88 100 bed capacity clinical state of the art facilities also comes with accommodation for doctors, nurses, and other health workers making the allocation of us$17million per facility unrealistic taking into consideration a similar 100 bed capacity Shama District which cost €32million.

“Furthermore, the cost of two sixty (60) bed capacity district hospitals which were commissioned by the President himself, Nana Akuffo in Ahafo Ano Municipality at Tepa and the Twifo Praso District Hospitals with same departments including Out Patient Department (OPD), Operating Theatres, Emergency and Casualty Unit, Maternity and Child Health, Pharmacy, Laboratory, Mortuary, Wards, Physiotherapy and among many other and fourteen (14) Staff Housing Unit at US$36million and US$36.6million is enough evidence of prove that, the US$17million can only be used to complete polyclinics.

“The President’s vision could have been possible if government had at least allocated 15% of its annual budget in the last five years to this agenda 111 as required by the Abuja Declaration to avert situations where projects are abandoned after sod cutting in the cases of La General Hospital and the Shama District Hospital among many other projects under this government. Government must therefore define and get its funding strategy right, giving the eighteen months duration of these projects.

“ReCPAG therefore we recommend to government to complete and make functional the abandoned Health projects with the $17million or better still construct more Polyclinics since the average cost of a standard and well equipped district hospital ranges between $40million and $52million based on the specifications.

“In conclusion, the Agenda 111 project can best be described as a rehash of unfulfilled sod cutting exercise which lacks feasibility plan taking into consideration the paltry unit cost, duration for completion and the inadequately defined funding strategy of these capital intensive projects.”