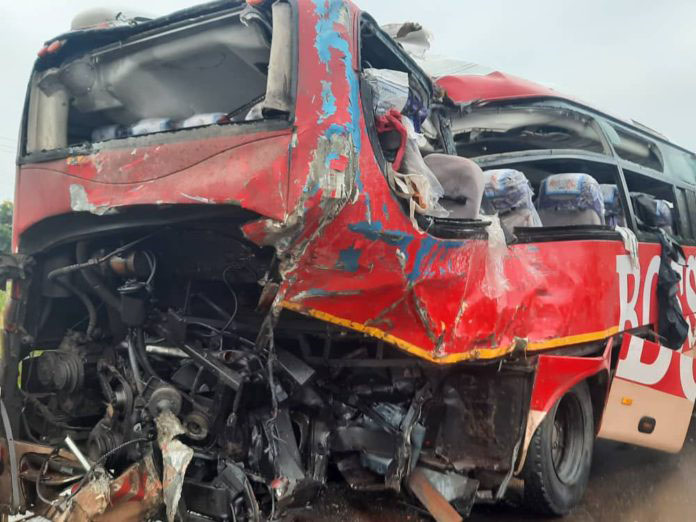 Five individuals have been left injured after two vehicles crashed on the Accra-Kumasi highway in the wee hours of Friday, September 3.

According to sources, one out of the five injuries is said to be severe. No deaths have been recorded.

The injured were rushed to the nearest hospital for treatment by the Police Service.

In a video circulating on social media, travellers on the highway, close to Ejisu, could be seen stranded as the police worked at the scene.

The truck and the Toyota vehicle involved in the accident have been left in a deplorable state.

An eyewitness who recounted the event blamed the unfortunate incident on overtaking by one of the vehicles.

Meanwhile, data from the Motor Transport and Traffic Directorate (MTTD) of the Ghana Police Service reveals that 1,927 lives have been lost to road accidents from January to August this year.

About 221 deaths were recorded in August alone with 1,298 injured.