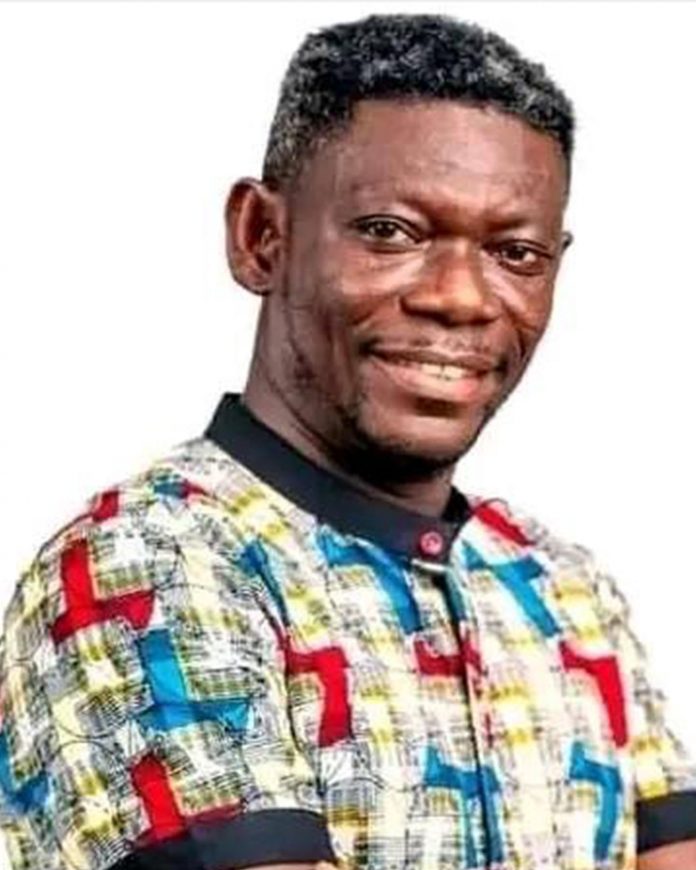 He was borne on, 25th May, 1969 with the name, Kofi Adu, but in the movie industry, he earned the nickname; Agya Koo, due to the funny and comical manner in which he does his things to the admiration of his ardent followers in the film industry. Though he is not quite well educated in the western educational system, he cherishes it as he always tries jovially to express himself in the language of the queens and kings.

Agya Koo has been in the movie industry for several decades now and he got featured in over 200 movies and among which are; Black Star, Obaatanta, Away Bus, Ma tricki wo, Tsewaa bodam: part one and two and many more interesting and fun loving movies in Ghana.

His friends, relatives and loved ones enjoyed together with him happily when he clocked 53 years on 25th May with still a baby’s face which some even doubted if truly he knows of his real date of birth after they satisfying themselves with his provisions to entertain his guests on his precious and memorable day cheerfully. He will always be remembered about the funny nature of his acting skills while he tries to express himself in the English language fluently when he realises that his co movie actors are underrating him for how clearly he always struggles to expressing himself in the English language knowing very well that he is not educated in the western educational system.

Everything he does in the movie acting, is a typical and pure local exhibition of what the local movie enthusiasts are hoping to see and not those from the foreign countries but residing in Ghana at the moment. Some educated ones do not have pleasure in watching his movies because they believe he lacks common sense application in dealing with issues and thus, certain private matters that he must not express his views upon in public when it comes to speaking twi, he does that and his awful pronouncements are polluting the minds of their children who are still schooling.

Agya Koo, is a comedian who makes humourous gestures the moment he knows he can not express himself with the right appropriate terms when some topical matters come up for discussions, will quickly resort to speaking twi to avoid being embarrassed by those who speak the English language faultlessly. Many people said they adore him because of his generous lifestyle and satirical adaptation of his movie styles when he is on a stage.