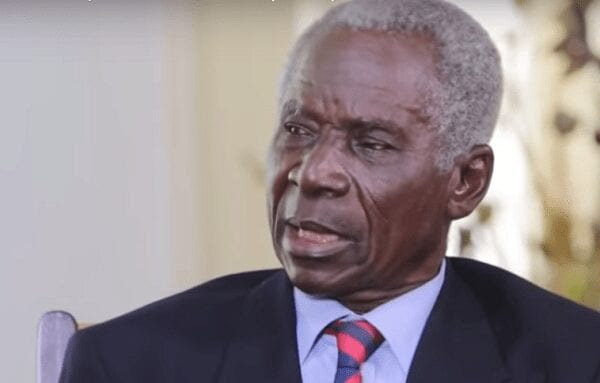 The Former Chief of Defense Staff, Brigadier General Joseph Nunoo Mensah, has descended heavily on the presidency of the president of Ghana Nana Addo Dankwa Akufo Addo that his style of governance beings economic infractions and debilitating comatose to the finances of the people of Ghana, will soon be heralded with massive crowds storming the street with anger emanating from his bad governance structure.

According to the former Chief of Defense Staff Brigadier General Joseph Nunoo Mensah, he is feeling the sense that Ghanaian people are very soon going to burst into the streets and every corner of this country to register their displeasure and stiff opposition and resistance to the current economic unfriendly environment created by his government coupled with financial malfeasance and misappropriation of state resources which hitherto would not be pleasant to behold with his very own eyes it is going to be brutal.

In his personal view, he is presently foreseeing that Ghanaian people are struggling to survive under his turbulent government which is not bringing joy and happiness into the homes of Ghanaian citizens but only pains, hardships, and suffering, and assuming from such instances, they are going to cause instability and destabilizing the country if urgent steps are not pragmatically taken to remedy the economic mess that his leadership has incurred onto Ghanaians.

He further stressed that Ghanaian people will go berserk and riot against his government strongly thereby attempting to cause mayhems and commotions resulting from their intentions to cause anarchy in Ghana because they can not bear or endure the hardships any longer in the country being the severity of the economic quagmire status of many people living in the country due to his unwelcome and unappreciated style of leadership.