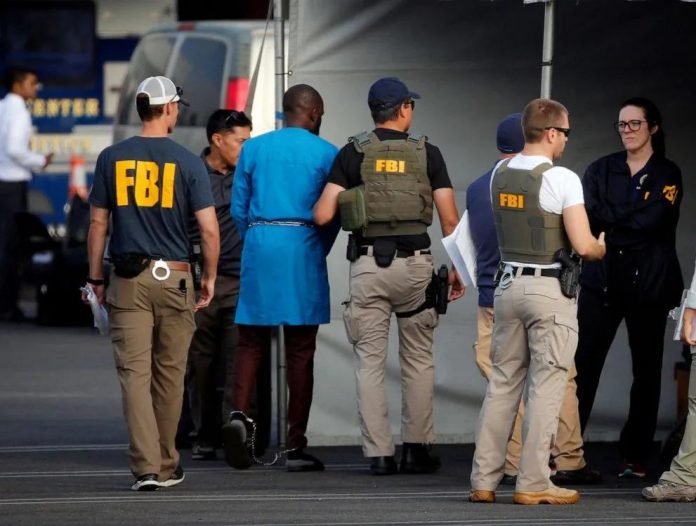 Abdul Inusah, a 31-year-old Ghanaian National, faces fifty years of a prison sentence on charges of defrauding countless citizens in the United States of America after he was caught red-handed in such heinous crimes against humanity on a white man’s land out of the jurisdiction of Ghana.

The Ghanaian national who has been indicted for his criminal conduct of duping people and embarking on money laundering is said to be a notorious rascal well noted for defrauding countless people of the States of America with their daily sweat.

He is therefore facing criminal charges for defrauding by pretenses and scamming people of their valuable assets which must not happen in the land of their state because they are not born with such evil conducts and that is the main reason why they are born with the spirit of adventurousness and assiduousness because they are those who transform the lives of individuals and people who destroy and ravage their dear lives in their various countries.

It is highly unimaginable how some individuals are bent on stealing under criminal intentions just to make wealth without struggling a little bit because if you do not suffer under this scorching sun, how on earth are you expecting to enjoy at the detriment of others?

This particular sentencing of our own Ghanaian national in the person of Abdul Inusah should serve as a deterrent to those who have the same mentality of making the richest without thinking about the ramifications that it would cause in the near foreseeable future either against their individual lives on against the lives of those that they are looting from through the crocked means as the nation as a whole.

Criminal activities in many nations are fast rising exponentially due to the quest of many people to become rich within a twinkle of an eye despite countless security surveillance being mounted at various strategic and vantage points in maintaining proper security safety for the orderliness and sanity of that very country.