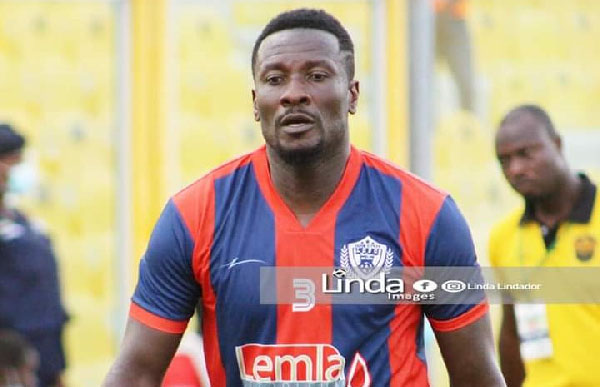 The former captain of the National football team of Ghana The Black Stars, Asamoah Gyan, has blamed his injuries which are hampering his struggles at Ghana Premier League outfit Legon Cities.

The 36 year old, who recently stated that, he has intended to play again in the upcoming World cup tournament in Qatar in November, 20th this year as it commences, has incurred the wrath of the majority of Ghanaians who are football fans when he desired to join the national team after he stated it publicly, said when he was at Legon Cities, he was battling with injuries.

Anytime I am in form and I tell my people this week I feel good and I am going to score, then I get injured again then I go back for another two months. A went for check ups and the doctor said my muscles are tired. So I need a long break to make sure everything heals because it looks things would be difficult for me if I go ahead to play.

His comments received major backlash on social media, with many stating that the former captain of the national team should retire because he is even advancing in age.

According to Asamoah Gyan, he is going to prove all those naysayers speaking against him that he is not in shape or form to play at the world cup wrong because, he knows how adequately he has prepared before announcing his bid to stage a comeback in the team.