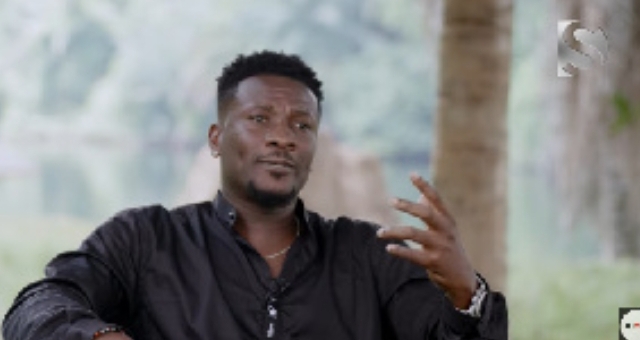 A former captain of the Ghana Black Stars, Asamoah Gyan, has described as hypocritical the decision by workers to embark on an industrial action over unpaid salaries and conditions of service but they criticize footballers for demanding what is due them when they represent the country in tournaments.

Making arguments over fairness, Gyan’s initial response to whether people should be careful how they speak to or deal with footballers or penalties since they may not know what the public figures may be going through, was sometimes ‘I feel it is jealousy’.

According to him, ever worker deserve his wages and since is bewildered as to why there is brouhaha whenever footballers called to the national team talk about wining bonus. The national team is being paid bonuses. One journalist comes up with a story and people jump point; Gyan said in an interview with Dentaa monitored by Ghanaweb.

He said this is our career, I am a footballer, I need to be paid. Why do doctors go on strick? You only attack footballers because they are taking bonuses but when you are not paid you go on strike: he stated; Gyan, who is recently became a laughing stock in the months of Ghanaian football enthusiastics after declaration his intension of playing in the national team, said it is high time people respected footballers too.