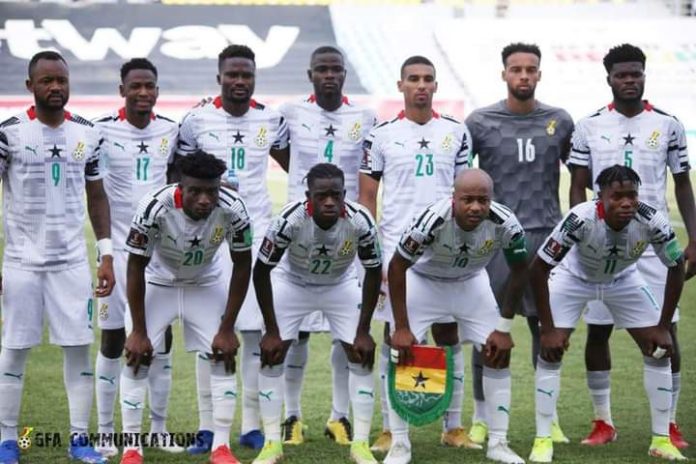 Friday was a night which will be in the memories of football enthusiasts in Ghana when the Ghana Black Stars locked horns with the likes of Brazil in a friendly fisticuff warm up game ahead of the super clash world cup tournament in Qatar this year November.

Scores of Ghanaian football fans were utterly disappointed in the performance of the Ghana National Team, the Black Stars which they have described as shambolic and disastrous against the national team of Brazil.

The Ghana Black Stars, on Friday, 23rd September, 2022, embarked upon a suicide mission for breaking down irreparably, the hearts of countless Ghanaian football enthusiasts when they were knocked down 3-0 by Brazil on that fateful Friday evening.

Since then, many people who are actually following the football proceedings of the national team, have begun doing their own mathematical calculations to see whose fault it could be because of the fiasco that emanated from the disappointing performance of the Ghana National Team against the Brazil football team on Friday.

Though the national coach for the Black Stars, Coach Ottoo Addo, has affirmed his failures on the wrong selection and the choice of the first starting eleven, significant number of their supporters are not convinced about what he has conceded.

Thomas Teye Partey, the current vice captain of the Ghana Black Stars, was actually not on the lips of Ghanaian supporters during the match against the Brazil nationals since he was reported to have suffered a knee injury he picked before the commencement of the game on that very Friday.

And as a result of that, he has as a responsible leader, sought permission from the Black Stars management team to quickly go for medical assessment in the United States of America so as to correct any defect on his suspected knee injury so as to remedy the cause stably before other necessary assignments.

Ghana is scheduled again to meet the national team of Nicaragua on Tuesday during which Thomas Teye Partey will not be in an action since he has been granted permission to go for medical assessment to rectify the default on his knee.
Source: www.ghbuzznews.com