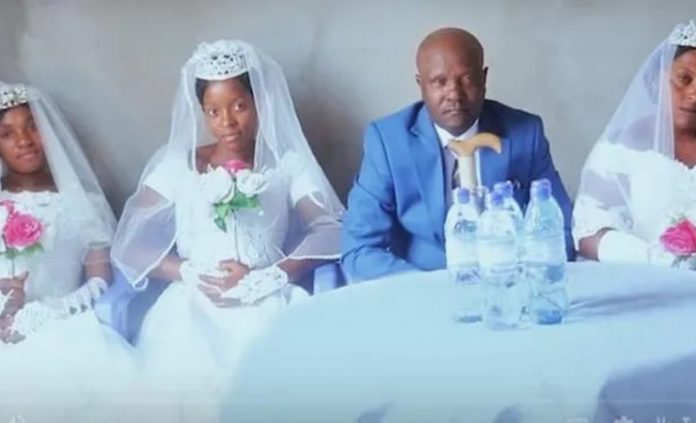 Netizens have voiced conflicted emotions as in response to Byamungu Kanjira Prosper, weds three women concurrently in a church.

The guy and his three brides were married in the Democratic Republic of Congo, in a primitive church, which supports fully polygamy.

The church makes it clear that it strongly believes men should be allowed to choose how many wives they want to choose for their own lives. Afrimax English posted a video from the wedding ceremony in which the guy is seen at the altar with his three wives dressed in the wedding gowns.

The groom said it is not necessary for a man to stick with just one marriage when discussing his decision to marry not one, not two but three. In addition to stating that there are more women in the world than men, he asserted that he can handle more.

He foretold that a will come, when seven women will agree to marry one particular man. Then he advised single ladies to visit their church so that they can find husbands to spend the rest of their beloved lives with.
Source: www.ghbuzznews.com

‘I charge men GH¢1000 to massage their testicles’ – Massage therapist