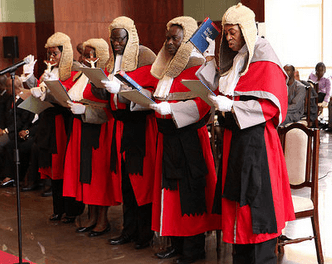 It had been in the news last week that, dozens of public servants working at the judiciary, mostly, the senior superior court justices of Ghana, adopted various means without any legit concern approved and sanctioned by the laws of the state, clandestinely and diabolically, bought public vehicles unlawfully contravening regulations governing the public financial management regulations after which their anus was disclosed low to the general public.

The conducts of such senior judges, were condemned and shamefully distanced from by certain respected individuals of the country on moral ground, while describing their acts and behaviours as corrupt which had been reported by the Auditor General during his investigations into how public sector workers engage themselves in rendering services to the state.

According to the Auditor General, at least, nineteen judges of the superior court of Ghana, secretly purchased state vehicles on low and cheap prices without any approval from state authorities.

The matter has now taken another twist and turn as the public accounts committee of Parliament, has suddenly jumped into the defense of the superior court justices.

According to the Public Accounts Committee, it is not the fault of the judges for buying state vehicles on low prices and so, those who are bent on castigating and chastising them for doing so, must be circumspect, while discussing such matters in the public domain because it could easily land such ignorant people in jail.

The Chairman of the Public Accounts Committee, Honourable James Klutse Avedzi, who doubles as the Member of Parliament for the Ketu North Constituency in the Volta Region, has stated equivocally because, his reasons given were null and void to some people as others asserted that, doing wrong, it is an act of criminality and thus, no argument for the said judges implicated in the corruption related cases with matters relating to their alleged involvement for buying state vehicles illegally would convince them to drop off their opinions against their unlawfully attitudes.