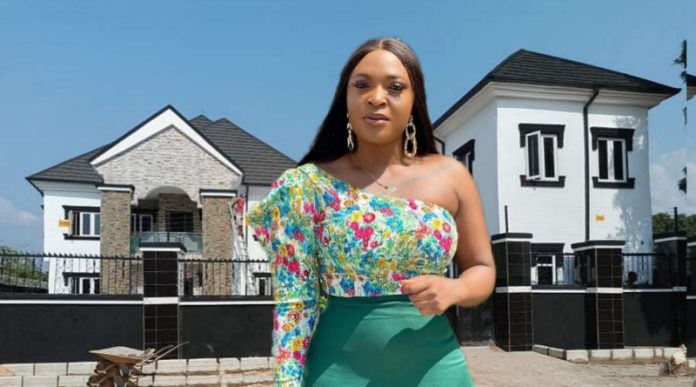 Blessing Nkiruka Okoro, a well-known relationship therapist and authority who goes by the name Blessing CEO, has addressed the most recent accusation leveled against her by online trolls following her upload of a photo of her lover’s hand yesterday.

Recall how the therapist yesterday spread rumors of a relationship with a reputable car dealer in Lagos after sharing a picture of her alleged new partner’s hand?

In a video she shared on Instagram this morning, the self-described relationship therapist responded to the development and said she doesn’t owe anyone an explanation regarding her personal life.
She asserts that people don’t regard her as credible and that controversy is how she built her name.
She asserted that people still follow her page in spite of the persistent online harassment she experiences.
The therapist continued by saying that she can still sleep with anybody she wants and date any male she wants despite being dragged.

“Everybody who knows me as CEO of Blessing understands that I am too brave to keep anything from you guys. Regarding my personal life, you have no issues. They are making up lies even when Blessing is silent. It’s none of your concern who I choose to date or have relations within the bedroom. I simply want you to know that dragging me won’t stop me from dating or sleeping with any man I want.” In a protracted video, the therapist said.