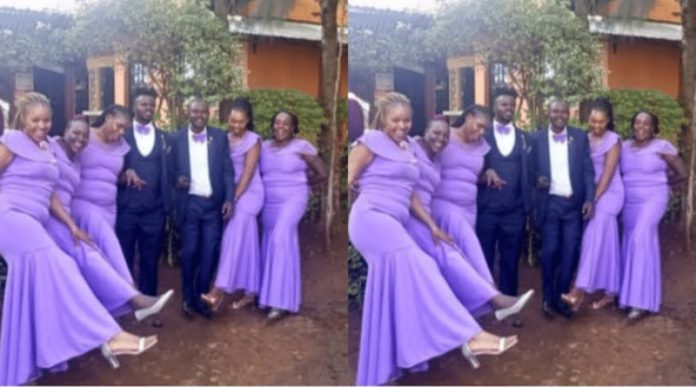 The SDA pastor who officiated his sister’s wedding and wrecked the entire occasion with his fanatical adherence to the church’s teaching has come under fire from a young guy who posted on his Facebook wall.

The pastor allegedly denied the young man’s sister’s bridesmaids access to the church’s auditorium because they are not Adventists and were wearing jewelry and other items that are prohibited in churches, according to the young guy.

The cleric was criticized by Damaris Obiero for ruining the atmosphere of her sister’s wedding with his strange regulations.

Damaris Obiero blasted the cleric saying he messed up her sister’s wedding with his bizarre rules that ruined the mood of the event.

In a viral video, the SDA pastor lashed out and chased away the members of the bridal party.

“This pastor messed up my sister’s wedding! He said everyone who is not SDA shouldn’t march in the wedding. They didn’t match. The words that were coming out of his mouth gave the reason for people’s reactions” 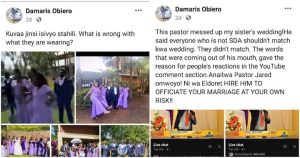 Different perspectives have been expressed by social media users who have read about the terrible situation.

While some think the pastor acted appropriately because the church has its own regulations, others vehemently disagree.