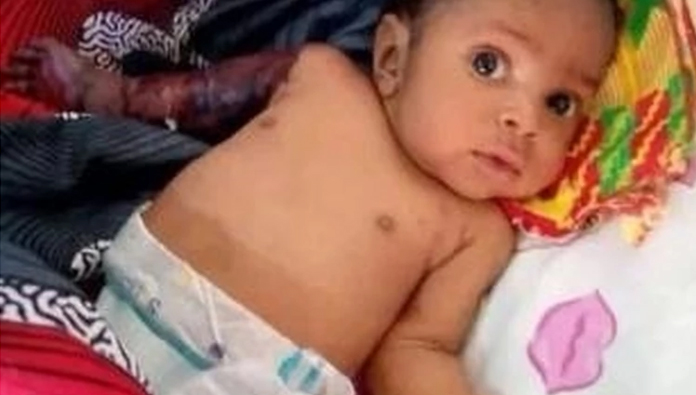 A 2-month-old infant boy had to have his arm has amputated to save his life after his father broke the toddler’s arm because he was disturbing his sleep.

The horrible crime was committed by a Nigerian guy named Confidence Amatobi, who is presently on the run.

According to reports, the suspect broke his young son’s arm and then ran away from home. He is now being sought for questioning in connection with the incident.

The infant was brought right away to the Federal Medical Center (FMC), located in Owerri, the capital of Imo State, where the injured hand was removed.

The National Human Rights Commission (NHRC) Coordinator for Imo State, Uka Ukachi, visited the newborn and appealed to the people to come to their aid.

“The man is on the run. The boy’s hand has been amputated. He is at the FMC, Owerri. We want the father to answer for his crime. We demand his arrest. The kid needs justice,” Ukachi stated.

The head of the NHRC reaffirmed the commission’s commitment to protecting the welfare of the young child who had endured unjustified suffering and her distraught mother.

Additionally, he pleaded with kindhearted people and organizations to help the helpless infant and his mother.

It is heartbreaking that a father would cause his little, defenseless baby boy such a permanent harm for such a feeble justification.