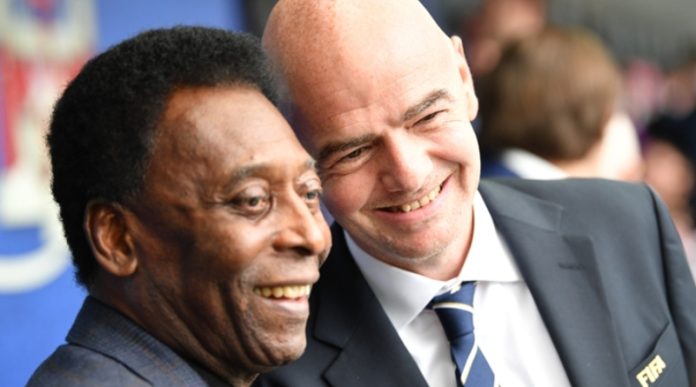 To honor the Brazilian legend Pele, Gianni Infantino has requested that each nation dedicate one stadium in his honor.

Last Monday, at the age of 82, Pele, the only person to have won the World Cup three times as a player, passed away. Following Pele’s passing, Brazil commenced a national time of mourning.

“We are going to ask that all countries in the world have at least one stadium with the name of Pele,” Infantino told reporters in Brazil.

“[This will be] so that children know Pele’s importance [to the game of football].”

The Puskas Arena in Hungary and the Johan Cruyff Arena in Amsterdam are two instances of places that have been named after former athletes.

The naming of a stadium in honor of a player from a different country is increasingly uncommon, though still not unheard of.

Following the Argentine legend’s passing in 2020, Serie A team Napoli renamed their home field the Stadio Diego Armando Maradona in his honor.

The Gwangju World Cup Stadium in South Korea, meanwhile, bears the name of the Dutchman Guus Hiddink, who led his country to a fourth-place finish at the 2004 World Cup.