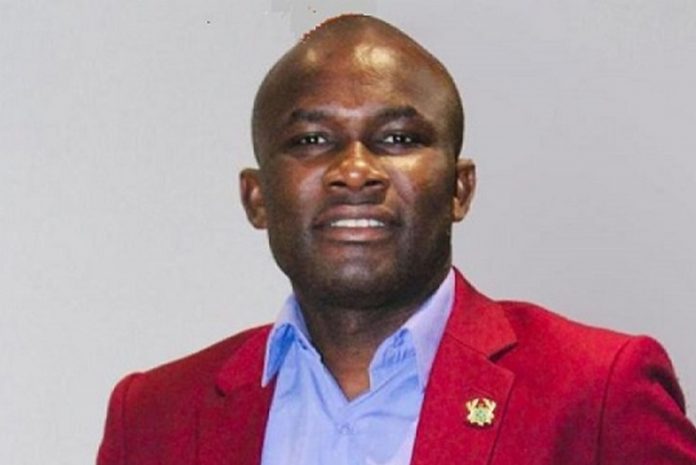 There has been fun and laughter on social media and other media houses for the days when the director of the National Sports Authority, NSA, claimed ironically that the football pitches in Ghana are unarguably better than those in the white man land.

According to professor Peter Twumasi, the director of the Ghana Sports Authority, he does not reckon the need where Ghanaians and sports writers in general in the country are blaming authorities for not properly handling the football pitches and parks in the country where the country currently has excellent parks and pitches unlike those in the United Kingdom and other parts of the European countries.

Professor Peter Twumasi, who could not boast of at least even one pitch to be credited into his name since assuming an office,has incurred the vexation, anger and annoyance from Ghanaian journalists who are mostly into sporting activities for erroneously claiming that there are better football pitches in Ghana than any other place in the whole world.

But from the look of things, it is believed that he is speaking ironically where in an instance of an ironic expression, you state exactly the opposite of what you mean though the words are not necessarily to be taken to be meant literally.

Because of his laughable and fallacious statements, many Journalists in the country most especially the ladies, have taken him to the cleaners describing him as someone who is an alien to the facts of reality on the ground. Nana Aba Anamoah, a renowned broadcaster has taken him on for deceiving people that the country Ghana has better conditions of football pitches than any other country while comparing Ghana with the first class countries like the United Kingdom.

In the view of Nana Aba Anamoah,if professor Peter Twumasi thinks his claims that the football pitches in Ghana are better off than those in the white man land, then he should be bold enough and point out where and how such unfounded places where he humorously stated that Ghana has better pitches than any other nation when it comes to better and proper maintenance and conditions of football pitches in the country.

It is undeniable fact that the football pitches in Ghana are nothing to smile about because of their poor and deplorable state as the authorities have left such edifices to deteriorate but the incumbent director of the Ghana National Sports Authority thinks other words while finding it practically impossible to disclose where exactly he thinks such better pitches in Ghana as he claimed are located so that they become evidences for all football enthusiasts and followers to catch a glimpse of so that everybody testifies that yes indeed what he is telling the world and Ghanaian people as a whole is true and nothing else but the truth.