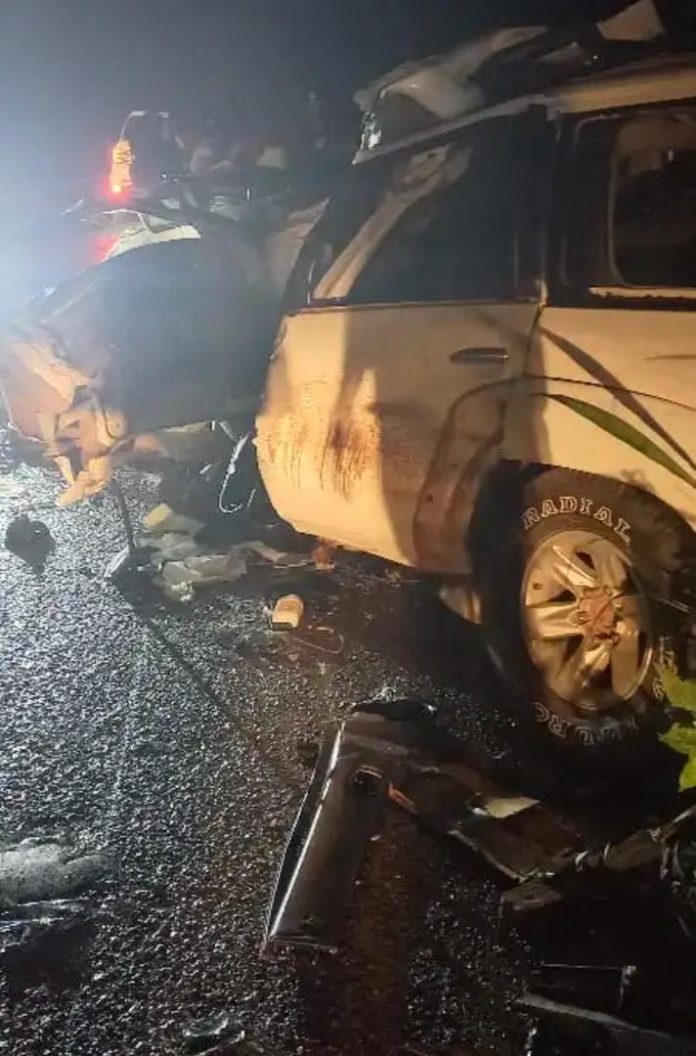 The precious souls of the Municipal Chief Executive and his driver had been lost in a tragic vehicular accident where both parties suddenly passed away unexpectedly.

Alfred Amoah, the Municipal Chief Executive for Bibiani Bekwai in the Western North Region, had crushed together with that his driver through a fatal road carnage causing the vehicle in which they were traveling to turn over with multiple counts of somersault on the road.

It is not readily established what exactly had caused such a terrible accident involving the two victims, but it is suspected that the driver might have veered off the road due to overspending of some kind or even in another breath, he exhausted his control for manning and handling the steer of the vehicle in which they were embarking their journey in.

The sad demise of the two has caused sorrow and mourning in the entire municipality of the Western North Region of Ghana.

It is a fact in the country of Ghana that, the rate at which fatal road accidents are claiming the lives of the people in the country has reached an alarming rate where it is very important that lasting steps are urgently formulated to help eradicate the mess caused by poor nature of our roads and we must not stand aloof until something untoward happens before we rise on our feet to cry foul over spoilt milk because, the time to act, is now and nobody should wait for tomorrow before he or she responds to emerging challenges of society and the country as a whole.

The untimely death of the Municipal Chief Executive and that of his driver had shaken the foundations of the presidency as the vice president of Ghana, sheds tears after learning of their painful departure from the earth’s crust.

The vice president extended his heartfelt condolences to the bereaved families of the departed individuals involved in such a dastardly scene but in all, may their perfect souls rest in peace.

He described the Municipal Chief Executive as a fine gentleman and a dedicated person who was full of life as he used to know him and he finally added that the government will keep their respective families in prayers as preparations continue to come later to bidding them a befitting farewell when the time is finally agreed upon by the family relatives. The vehicle in which they were traveling in, somersaulted several times causing the car to mangle in the process making it impossible for further use.

It is a sad day for the people of Bibiani Bekwai and the citizens of Ghana as a whole due to the sad incident involving the Municipal Chief Executives and his driver during the mid hours of yesterday where the precise place they heading to before the unexpected unfolded, was not exactly verified resulting in their untimely death.